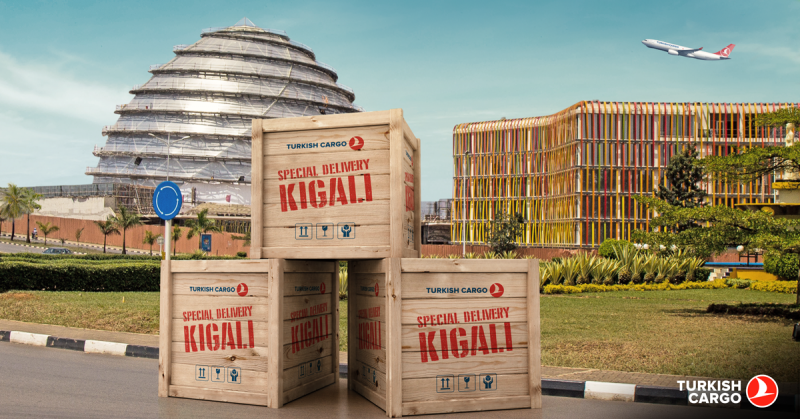 Included to its flights network by the flag-carrier air cargo brand, Kigali stands out with its substantial potential of importation. The city enjoys its position as a substantial exports point for the destination of Johannesburg, the metropolitan city of the South Africa. It is planned to combine the flights to Kigali, to be operated by means of the A330-200F freighter by Turkish Cargo, with the Entebbe (Uganda) line*, and to launch a substantial exports – imports line across the region.
The cargo flight launched to be operated to Muscat, an important imports market for Turkey, Europe, the Far East and America, has been combined with the flights to the South Asia**, resulting in a more effective cargo flight line. The above- mentioned flights will be operated by means of the A330-200F freighter.
Reaching the entire world thanks to its extensive flight network covering 122 countries and more than 300 destinations, Turkish Cargo achieves a sustainable growth with its infrastructure, operational capabilities, fleet and team of leading experts, and keeps being preferred.
* İstanbul (IST)- Kigali (KGL)– Entebbe (EBB)- İstanbul (IST)
** İstanbul (IST)- Maskat (MCT)- Hanoi (HAN)- Yeni Delhi (DEL)- İstanbul (IST)