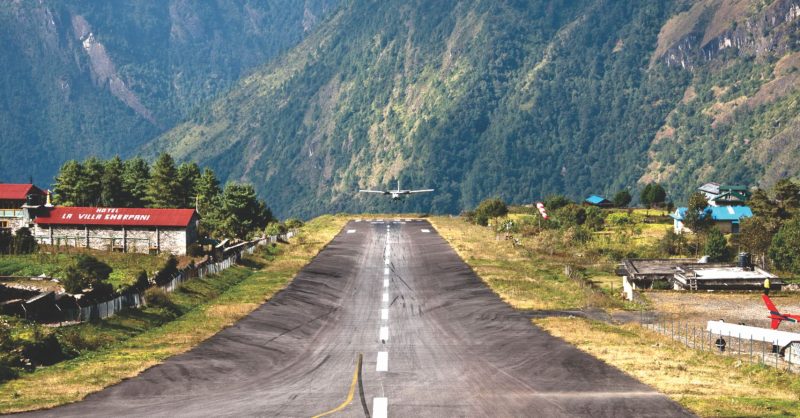 Limited road access due to rugged terrain, underinvestment in logistics and transport infrastructure, vulnerability to natural disasters, undermine growth in this country of more than 29 million heavily dependent on agriculture and international tourism for economic survival.

Nepal is not only a landlocked country but also one with predominantly mountainous terrain—posing severe transportation and logistical challenges. There are no trains or waterways in the country to navigate through its mountainous regions. The only option is through roadways or via air.

Nepal is dominated by regional carriers due to its mountainous geography. Both passengers and cargo are ferried mostly in regional turboprop or jets that crisscross the nation.

The Tribhuvan International Airport (TIA) in Kathmandu, Nepal’s capital, is the only airport which connects to the world and is the hub for both international tourist arrivals as well as global cargo. Tourism is one of the main economic drivers of this picturesque country.

In its latest report on Nepal Air Traffic Analysis, Airbus said international passenger traffic in Nepal is expected to grow by 6.4 percent annually over the next 20 years (2014-34) due to increased travel demand in the Middle East, Europe, Australia, Japan and the US markets.

Airbus forecast that 50 new passenger aircraft will be required to serve the Nepal market by 2024. The report said international passenger traffic had tripled over the last 10 years. Air freight is also expected to grow but at slower pace.

In a study, World Bank pointed out the difficulties faced by landlocked developing countries to generate enough traffic to attract air freight services that are both frequent and competitively priced. 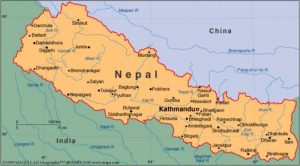 Permitting free competition, or “open skies,” for air cargo services can be significant but not sufficient if most cargo is transported as small shipments in passenger aircraft. Liberalizing passenger services to include fifth freedoms has been a greater challenge, especially in countries with a national carrier and limited passenger volumes.

Also important is expanding the role of consolidators, especially the large integrators such as UPS, and the international freight forwarders specializing in air cargo such as Kelly Logistics, as well as local forwarders with international connections.

Nepal’s terrain is the stumbling block for air freight growth and a report by Luisa Rodrigues of the United Nations Conference on Trade and Development (UNCTAD) states that e-commerce is confined only to the Kathmandu valley and certain urban areas.

Due to limited road access, resulting from: geography, underinvestment in logistics and transport infrastructure vulnerability to natural disasters, there are many challenges.

The trading volumes are below levels to attract main logistic players; Lack of reliable logistics services outside the Kathmandu ring road inhibits the completion of e-commerce transactions; Limited quality and reliability of postal services (inability to offer suitable e-commerce logistics) and lack of a proper postal addressing system makes last-mile delivery challenging. This is compounded by issues related to customs and border clearances.

UNCTAD states that Customs clearance is a key difficulty due to “convoluted and confusing customs laws”. And also pointed out there is hardly any regulation governing cross-border trade although 60 percent of Nepal foreign trade is with India.

History in the making

Nepal’s aviation history is not too old. In 1958, the Department of Civil Aviation was founded and in the same year, the then Royal Nepal Airlines Corporation (RNAC), started scheduled services domestically and externally.
Lufthansa Boeing 707 was the first jet aircraft to land on the 6,600 feet runway at the TIA in 1967. Soon after, Thai International started its scheduled jet air services in 1968, and in 1972, the Nepali jet aircraft Boeing 727/100 owned by the RNAC made a debut landing at TIA.

In 1992, the Nepal government adopted the Liberal Aviation Policy, which led to an emergence of private sector in

Rise and fall of domestic airlines

While international airlines passenger traffic has been phenomenal, domestic industry has been grappling with problems and challenges. Many private airlines like Necon Air, Cosmic Air, Nepal Airways, Everest Air and others have come and gone in the last 20 years. Raising questions about sustainability in domestic aviation.

The liberal aviation policy of the 90s opened the door for private players and ended the monopoly of Nepal Airlines Corporation. Carriers like Nepal Airways, Necon Air, Gorkha Air and Cosmic Air, started with a bang but couldn’t last long. Necon used to be the market leader before its sudden and unceremonious collapse.

Passenger movement has been on a constant decline since 2012, marking a departure from the robust growth rates since 2008 when airlines were flying high due to competitive airfares, road blockades & increased NGO/INGO staff movement after the peace process and a real estate boom.

Although passenger movement increased 12.83 percent in 2010, its growth started dropping in 2011 and has been in the negative since 2012.

Cargo movement is limited due to economic conditions as well as infrastructural issues.

Lack of aviation infrastructure continues to hurt Nepal’s tourist arrivals, which could hit a three-million mark if the country gets a new international airport and cuts down its over dependence on Kathmandu airport.

But things are now looking positive. The government considers development and investment in air transport in Nepal to be sustainable, since it generates revenues that supports tourism growth, which in turn plays an important role in creating employment and alleviating poverty.

The government and the Asian Development Bank believe that upgrading the international airport in Lumbini will allow international air access and would encourage inter-national airlines to begin direct or one-stop services to the airport from India and several other Asian countries, thereby, increase tourism and its economic impact in the Lumbini area.

The planned international airport in Pokhara, one of Nepal’s major tourist destinations, is also expected to boost tourist arrivals. In recent times, one of the important developments in the airport infrastructure has been the construction of the Second Inter-national Airport in Bara, Nijgadh.

A lot is happening on the ground, while the airlines of Nepal have to battle it out to get the best of services for the growing freight sector.

Nepal is going to embark on an accelerated economic growth for which transport development has been recognized as one of the core strategies.