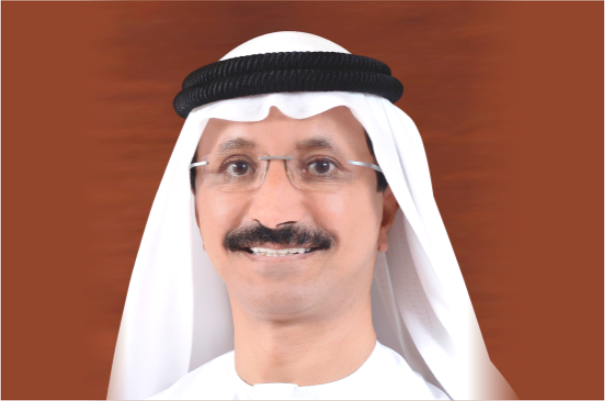 ‘NAU by DP World’, a digital marketplace and an aggregator of cargo ‘dhows’, traditional wooden vessels, has achieved a shipping volume of more than 255,000 tons in 2020, with 1,762 dhows registered in the application.

Launched officially in February 2020, NAU connects Dhow owners with traders allowing them to search, negotiate and book shipments. The platform represents a digital transformation of the traditional industry, effectively ushering in a new era of smart trade that DP World enables and promotes.

The app uses the latest AI technologies to connect traders with the boat captains.
This has increased the number of cargo operations through the application from 295 operations in October 2020 to 394 in November and 477 in December.

NAU has been a very useful tool in supporting cargo movement activity for traditional dhows on Dubai creek. From 2009 to 2018, Dubai’s external trade through Dubai Creek made AED122b, and the volume of shipments reached 10.564 million tons. Goods included textiles, phones, air conditioners, electric appliances and foodstuff.

Sultan Ahmed bin Sulayem, DP World group chairman and CEO and Chairman of Ports, Customs and Free Zone Corporation, said: “Our strategy to develop Dubai’s capabilities as a main regional and global hub for trade includes the advancement of the emirate’s trade through traditional wooden vessels. This trade has been playing a main role in the development of Dubai, and our efforts are directed at giving these dhows an enhanced role in the continuous expansion of Dubai’s trade to include all sectors and markets; small and medium-seized regional and international ports, as well as large ports with which our trade has been prospering.
He added: “NAU smart platform is one of the tools that we use to enable traditional trade to efficiently utilize advanced IT solutions in organizing the dhow trade. The success of the application since its launch supports Dubai’s external trade and enhances its role in the diversification of national economy as it moves to develop further as part of the UAE Centennial 2071, inspired by the directives of His Highness Sheikh Mohammed bin Rashid Al Maktoum, Vice President and Prime Minister of the UAE and Ruler of Dubai, and keeping pace with the Fourth Industrial Revolution through continuous innovation. The success of the NAU platform paves the way for further utilization of growth opportunities in dhow trade”.
Dhow Captains (locally called ‘Naukhda’) now have the facility to view business requests from traders that match their planned trade routes and available Dhow space. Accordingly, the app helps Naukhdas to effectively plan their trips, optimize efficiency in Dhow space utilization and ultimately generate higher revenues. Traders, on the other hand, can search for availability of cargo dhows in Dubai, based on their requirements. If dhows are not readily available at the time of their search, traders can post a request.

Mohammed Al Muallem, CEO & Managing Director, DP World – UAE Region, said: “The continuous development of the NAU application comes as part of our comprehensive strategy at DP World – UAE Region in the adoption of the latest technologies that support our pioneering position in terms of port capabilities and in the service of world trade. We will continue our development and support of dhow trade, and that will also attract more dhows to Dubai in coming years”.

Ahmed Mahboob Musabih, Director General of Dubai Customs, said: “Our efforts integrate with the DP World’s efforts and all the entities under the umbrella of the Ports, Customs and Free Zone Corporation (PCFC) to help develop this important sector. We provide outstanding services and facilities to ensure quicker and more streamlined dhow trade.” Musabih added that Creek Customs and Deira Wharfage Centers dealt with around 18,000 vessels in 2019 compared to 15,603 in 2018, marking a 15.3% growth.

Mahmood AlBastaki, Chief Operating Officer – Dubai Trade World, said: “The response we have received from dhow owners and traders on the use of the NAU platform has been extremely encouraging, particularly with dhow entry requests and dhow booking. Moving these processes online has brought with it a host of advantages for dhow trade through the creek, saving time and increasing efficiency”.

Mahmood Mohammed Amin, Chief Executive Officer, Marine Agency for Wooden Dhows, PCFC said: “PCFC continues to provide smart and outstanding services to dhow owners and traders. The Shipping Agent Office plays an important role in organizing operations and processes for these vessels during their stay in the emirate’s waters. Dubai is a major hub for traditional vessels coming from different countries in the Middle East and North Africa.”

Nau enables traders through Dubai to efficiently search and book dhows to ship their cargoes. The application, which is available in different languages including Arabic and English, is compatible with IOS and Android operating systems. Dhow Owners and traders can utilize the easy-to-use mobile apps (NAU By DP World) for smart phones, or the powerful web platform www.nau.dpworld.com. There is a two-sided rating system allowing both Dhow-owners and traders to rate each other and demonstrate credibility.