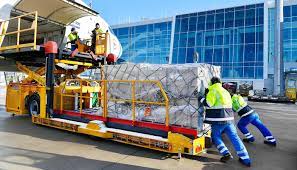 MUNICH: Munich Airport is seeing significant increase on air cargo flights amid the lingering pandemic with air cargo volume dramatically growing by 40% than the pre-Covid level.

In previous years, about 90% of total cargo volume handled at the airport came from the belly of passenger flights. Against the backdrop of the global coronavirus pandemic, however, the relative significance of the different types of air cargo in Munich has shifted considerably.

While there has been a substantial decline in belly cargo due to the lack of long-haul passenger flights to Asia and America, “cargo-only traffic” has increased considerably in the same period.

From January to October 2021, around 55,000 metric tons of cargo in cargo-only aircraft were processed at Munich Airport. This is an increase of nearly 40 percent compared with 2019, the last year before the crisis. Currently, cargo-only traffic therefore accounts no longer for 10 but for around 45 percent of all cargo volume in Munich.

“The fact that more and more freighters are touching down in Munich is a further proof of the enormous potential that our airport offers as a handling hub for air cargo. In light of the export-oriented economy of southern Germany and its close connections to markets and production sites all over the world, I still see considerable development opportunities for our airport here,’’ said Munich Airport CEO Jost Lammers.

Munich is currently benefiting from regular flights by the Russian cargo airline AirBridgeCargo, which flies between the Bavarian capital and various Asian destinations six times a week with Boeing B747-8F jumbo jets.

The positive development in cargo-only traffic is also being spurred on by a newcomer: As of late, Moldova’s Aerotranscargo has been landing a jumbo freighter from Hong Kong in Munich twice a week. The airline is flying this cargo route on behalf of the international logistics service provider DB Schenker.

At the beginning of November, DHL Express doubled its cargo services from five to ten weekly departures. In addition, Kuwait Airways, Thai Airways and Oman Airlines have registered several charter cargo flights in Munich in the next few weeks.

One of the world’s largest freighters is also to be seen more frequently in Munich from the end of November to mid-December: The Russian cargo airline Volga-Dnepr Airlines (VDA) is planning a series of Antonov 124 flights via the Bavarian aviation hub in this period.

An end of the boom in cargo-only traffic is not currently in sight. On the contrary, further cargo services departing from Munich are being planned for next year. But there will also be more capacity for belly cargo in Munich again in the future. Due to the resumption of numerous long-haul flights to North and Central America, such as to Miami, Vancouver and Mexico, airlines can again carry significantly more cargo across the Atlantic in addition to their passengers.