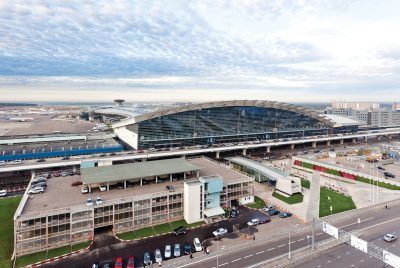 It has been a troubling week for Russian airlines operating to and from Vnukovo International, one of the third busiest airports in Moscow. In three consecutive days there have been two reported incidents and two more unconfirmed events at the airport, all of them curiously involving Boeing 737 aircraft.

On February 21, a Boeing 737 operated by the Russian low-cost carrier Pobeda was forced to make two landing attempts at Vnukovo International Airport (VKO), narrowly avoiding a major accident, according to Russian media, which first reported the news. The weather conditions at the time of the landing were severe with reported strong wind shear.

The Boeing 737-800 (VQ-BTH), operating flight DP422 from Samara, had to perform two landing attempts before the passenger plane eventually touched down at the airport. During the second attempt, the 737 reportedly touched the runway with its tail, according to a source who spoke to Russian state media Interfax.

Despite the reports, Pobeda Airlines, which is a wholly owned subsidiary of Aeroflot Group, has denied the incident, calling it just “a regular situation” in a statement  to AeroTime, “there was no security threat and there could not have been any damage to the tail section. Absolutely regular situation, we are talking about a special rubber stopper that protects the fuselage in case of landing in severe weather conditions”. According to Pobeda’s press-service, today the tail skid was replaced and the aircraft will be approved for flights.

On February 6, 2019, Yamal Airlines plane, flying from Tyumen (TJM) to Moscow (DME), overran the runway and crashed into the light tower in Domodedovo.

Another incident involving a 737 took place earlier this week, on February 18, when a Boeing 737-500 (VQ-BJM), belonging to Russian airline UTair, landed at Vnukovo with a cracked windshield, Vesti news reported. Flight UT380 was coming in from Syktyvkar, a city in northwestern Russia.

It turned out that the outer layer of the windscreen on the co-pilot’s side cracked prior to the landing, according to Interfax. The landing was nominal and none of the passengers were injured. The cause of the incident is currently being investigated.

And then, the rumors. Several Russian media reports indicated that a Boeing 737 almost collided with a Falcon-2000S business jet at the airfield this Tuesday, February 19. The Georgian Airways’ 737-700 (4L-TGO) was due to take off from Vnukovo heading for Tbilisi, when the Falcon, headed for Paris, got in the way of the airliner nearly colliding with it on the ground.

The incident was allegedly caused by the unauthorized actions of the Falcon-2000s flight crew: the jet gained too much altitude violating the permitted level.  An activated security system helped prevent an accident. The airport, however, denied these reports in a comment to Moscow city agency news.

On the same day, another very similar event was reported by Vesti. UTair’s Boeing 737 flying in from St. Petersburg was suddenly cut off by a Bombardier Challenger 600 over the the airport. The pilot of the private jet, which was headed for the Russian city of Ufa, violated the air traffic controller’s rising above the altitude of 2,000 meters (approx. 6,561 feet). According to Channel Five, the controllers warned the pilots instructing them to change course in order to avoid collision.