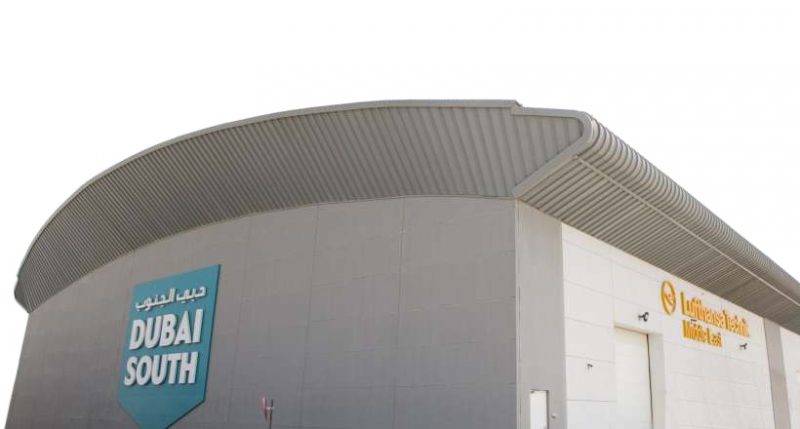 The Global maintenance and repair and overhaul (MRO) industry is headed for a rosy outlook with strong demand for air travel worldwide and the need to upgrade and replace aging aircraft.

Worldwide, the Middle East has the second strongest MRO market at 6.5% forecast growth annually. Over
the next decade, the region is seen to generate 10% of the world’s total demand in MRO requirements valued
at over USD100.6 billion, according to reports and experts.

The aerospace sector in the UAE has grown tremendously over the years with its favorable geographic location, investments from leading airlines in the region and high demand for air travel, MRO Middle East, a major expo/conference coproduced by The Aviation Week Network and Tarsus F&E LLC Middle East, noted during the two-day event held in February in Dubai that drew some 330 exhibitors representing the region’s best MRO and aircraft interiors companies.

The UAE, home to the biggest airline in the Middle East, Emirates, which operates over 3,600 flights a week from its hub at Dubai International Airport, is leading the move to further develop the MRO industry in the region through Dubai South’s aviation district now known a the Mohammed bin Rashid
Aerospace Hub.

This multi-phased airport city is designed to handle up to 220 million passengers at the Al Maktoum
International Airport and 16 million tons of cargo every year. It will also be home to a Dh25 billion (about USD7
billion) residential zone, a free zone business park, an aviation hub, logistics and cargo district and the
exhibition site being built to host Expo 2020 Dubai.

The Aerospace Hub is currently home to a five-star VIP Terminal facility which hosts some of the world’s leading Fixed Base Operators for private jets, including Falcon Aviation, JETEX, and Jet Aviation, providing major business entities bespoke aviation services and seamless connectivity, and proximity advantages to the world’s largest
airport in the making, the Al Maktoum InternationalAirport.

On the MRO side, the Aerospace Hub is home to Lufthansa Technik AG, one of the world’s biggest and most
trusted MRO companies head quartered in Hamburg , Germany.

Lufthansa Technik Middle East was the first MRO company in Dubai South, opening up in 2017 with just 20
employees. Today, it employs well under 60 and is recruiting for more technical staff after it doubled the size
of its facility and added services to its portfolio amid increasing demand for its services.

The hangar and workshop space of Lufthansa Technik’s main facility at the Aerospace Hub at Dubai South was
enlarged from 2,500 to 5,000 square meters – within just a year after its opening.

In the second half of 2018, the facility was successfully audited by the German Federal Aviation Office (LBA).

“Lufthansa Technik is one of the leading aviation suppliers in the world and we are delighted to see that their
facility has doubled in size within the first year of operation at the Mohammed bin Rashid Aerospace
Hub. We look forward to developing their offering at the Aerospace Hub,and will continue to support their
growth and development,” said Tahnoon Saif, CEO, Mohammed bin Rashid Aerospace Hub.

Saif, a seasoned aviation executive who has been with Dubai South since 2006, said MRO is a growing industry
that the Aerospace Hub is strongly supporting.

He expressed hope for more companies to take advantage of the Aerospace Hub’s business incentives
and unique location that connects the East to the West and beyond.

“We are developing the general maintenance and general aviation in Dubai,” Saif told Air Cargo Update.“It’s a big responsibility but with the support that we’re getting from our leadership,it’s coming to fruition.”

Saif has also high hopes the upcoming 2020 Expo Dubai which is forecast to bring in more than 25 million tourists to the UAE would usher in more development in the airport city.

“We’re optimistic over the 2020 Expo Dubai,” said Saif. “From an aviation perspective, it’s building the
momentum to create the biggest airport surrounded by an ecosystem that supports the aviation industry.”

More than a decade ago, Dubai South was just a vast dessert but today it’s an upcoming urban
development offering new possibilities.

“Today, Dubai South is home to the air show, the biggest airport in the world and some 5,000 residential
units will be delivered this year. So it’s a city by itself not just a site project,” said Saif who shared that seeing Dubai South built from scratch is a once in a lifetime experience that he will never forget.

“This is a one of kind experience. In 12 years, a whole city was developed. I witnessed the development of this
city from scratch. This happens once every 50 years,” he said.

“A lot of our success actually comes with the opportunity that we had with Dubai South. They created this
aviation cluster and we were the first mover here. We grabbed that opportunity. We started in 2017 with
around 20 employees and today we’re just under 60,” said Al Hamzi, a UK aeronautical engineering graduate
who began his career with Lufthansa in 1999.

A German-Emirati, Al Hamzi said Dubai’s strategic location and its favorable business climate puts Lufthansa Technik in an ideal position to serve its target market in the Middle East.

“This region is growing at about 6.5% in fleet and the world average is around 3.5%. Here, it’s a very fast
growth and for us, it’s very strategic to be in this area to be closer to our customers—that was the big driver,”
said Al Hamzi who speaks fluent English, German and Arabic.

Lufthansa Technik’s additional space at Dubai South enables it to increase its capabilities for Airframe Related Components (ARC), for example composite repairs on components such as the inlet cowls of the Boeing 787. New nacelle and radome spares for Boeing 787, 777 & Airbus A320 aircraft were acquired. 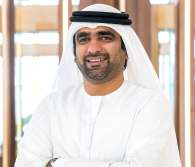 Tahnoon Saif is the Chief Executive Officer of the Mohammed bin Rashid
Aerospace Hub at Dubai South who once dreamed of becoming a pilot but
failed due to medica lreasons.
“I started as an aviation student in a pilot program but I failed to continue
due to medical reasons.I wasn’t fit. That was my childhood ambition.I think
every kid dreams of flying,” Saif recalled when asked how he began his career in the aviation industry.
Flying a plane may not have worked out for Saif but he’s in for a bigger
role with greater impact in the aviation industry not just locally and
regionally but internationally with the UAE positioning itself as the future aviation capitalof the world.
Saif first joined Dubai South in 2006 as Head of Strategy and climbed his way up to the corporate ladder.
In his role as CEO, Saif oversees the development and execution of the Aerospace Hub includingdevelopment
of the business strategy and master plan for this multi-phased aerospace infrastructure development.
With more than 24 years of working experience, Saif positioned himself as a professional in the fields of
aviation and strategy development. Prior to his existing role, he was Vice-President for Strategy at Dubai South
responsible for developing and facilitating the execution of the corporate strategy and ensuring the alignment
of business and functional units with corporate strategy.
Saif led the development of Dubai Free zones Council Strategy, Dubai International Airport-Al Maktoum
International Airport Transition Strategy, and participated in developing Dubai Industrial Strategy.
Saif is a Stanford University-certified Aviation Management Professional (AvMP) and holds a certification in
Strategic Airport Management from the International Air Transport Association (IATA). He earned his MBA
from the prestigious Johns Hopkins University in Baltimore, USA.