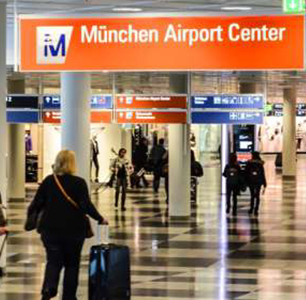 The total revenue passenger kilometers (RPKs) worldwide grew 6.8 percent in July raising the load factor for the month to 84.7 percent and indicating a strong global appetite for traveling despite economic uncertainties in many fronts.

The International Air Transport Association (IATA), which represents 275 airlines and more than 100,000 agents worldwide, posted the strongest growth in July with a 10.5 percent demand increase, raising its load factor to 84.9 percent.

“As is evidenced by the record high load factor in July, the appetite for air travel remains very strong. However, the stimulus effect of lower fares is softening in the face of rising cost inputs. This suggests a moderating in the supportive demand backdrop,” Alexandre de Juniac, IATA’s Director General and CEO, said in a statement.

European carriers also posted strong growth during the period at 7.5 percent jumping its load factor to 88.7 percent. Airlines in Asia-Pacific saw a 5.9 percent jump on passenger traffic in July but slightly lower compared to June’s record of 8.8 percent acceleration.

In the Middle East, carriers had a 4.5 percent increase in demand in July, up from 3.6 percent in June despite a slowdown on flights going to the US. “The Middle East to North America market has been affected by a combination of factors in 2017, including the recently-lifted cabin ban on large portable electronic devices, as well as a wider impact from the proposed travel bans to the US,” said IATA.

“Traffic growth on the Middle East-US route was already slowing in early 2017, in line with a moderation in the pace of expansion of nonstop services flown by the largest Middle Eastern airlines. July capacity climbed 3.6% compared to a year ago and load factor rose 0.7 percentage points to 81.5%,” it added.

Airlines from Africa experienced a 6.5 percent increase in traffic but still not enough to push for more profits as the region’s two largest economies—South Africa and Nigeria—continue to diverge amid recession and reduced business confidence.

In 2016, 3.8 billion passengers traveled and some 54.9 million tons of goods were shipped via airfreight.

IATA said the levels of profitability vary widely depending on the region but pointed out “North American airlines earned almost four times more per passenger than airlines in Asia-Pacific & Europe.”

De Juniac said Latin American and Middle East carriers “generated aggregate profits slightly better than break even, while African carriers remained in the red.” The industry raked in profits of $34.8 billion from revenues of $705 billion in 2016.