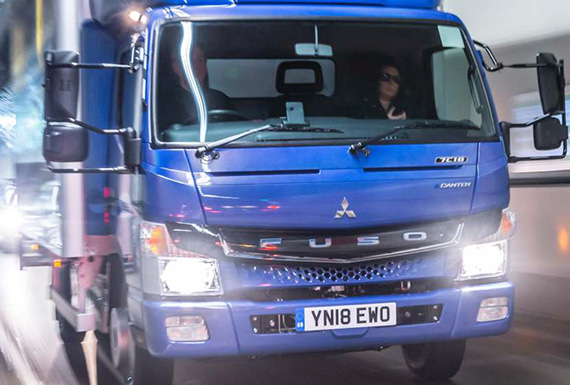 Mitsubishi Fuso Truck and Bus Corporation (MFTBC) – an icon in the Japanese commercial vehicle industry with more than 85 years of history with its FUSO brand, has set its sights on becoming carbon neutral starting next year, continuing to the next decade through 2039.

An integral part of Daimler Truck AG, the company announced its wholly-owned subsidiary in Portugal, will become CO2-neutral by 2022. Its other production plants in Japan will have the same goal targeted to be fully achieved through 2039. Kawasaki and Nakatsu Plants have reduced CO2 emissions by 17% since 2015. 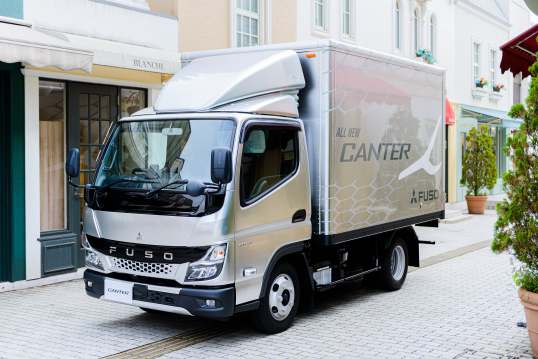 With climate change’s visibly devastating impact to the environment which include massive wildfires, floods, droughts, super strong typhoons, among other things, countries everywhere have accelerated efforts towards decarbonization and carbon neutrality.

Japan, for instance, has adopted the Green Growth Strategy this year which seeks to make its automotive industry carbon neutral.

Battery-powered vehicles will be introduced and by 2027 the company wants to supplement its vehicle portfolio by adding series-produced hydrogen-powered fuel cell vehicles. The ultimate goal is to achieve CO2-neutral transport on the road by 2050.

“Climate change is a topic that needs to be addressed and solved worldwide. Therefore, the electrification of commercial vehicles cannot be achieved by manufacturers and customers alone. Inter-industry alignment and governmental support will also be vital in establishing effective transformations throughout logistics and the supply chain. Collaborative actions between public and private sectors are essential to succeed in this major challenge,” said Hartmut Schick, President and CEO of MFTBC.

Tramalgal Plant in Portugal, the center of production for the FUSO light-duty Canter and all-electric eCanter Trucks in Europe, is envisioned to be carbon neutral as early as next year.

Initiatives at the Tramagal plant include:

In recent years, the Tramagal plant was able to progressively reduce CO2 emissions and is expecting a further 50% cut in 2021 compared to the previous year before achieving CO2-neutral production in 2022.

Three other MFTBC plants located in Japan – Kawasaki, Toyama and Nakatsu – will follow Tramagal and aim to become CO2-neutral by 2039 at the latest.

At the Kawasaki Plant, where MFTBC’s headquarters is also located, and the Nakatsu Plant, where transmissions are manufactured, the company implemented a 5-year plan to decrease CO2 emissions by 17% compared to 2015 levels.

Building on this track record, MFTBC has created a new roadmap to decarbonize the Kawasaki Plant by 2039. Other facilities crucial to the MFTBC production network, including the bus manufacturing plant in Toyama, as well as the Nakatsu Plant, will also be in scope under the 2039 target. 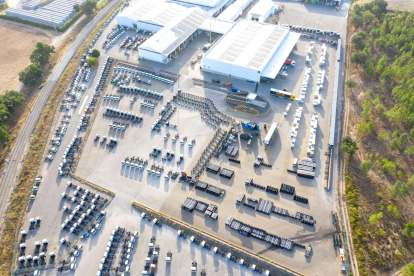 In addition to production areas, MFTBC is also looking at other aspects of the vehicle value chain. At each stage, we have started considering possible ways to reduce and eliminate CO2 emissions, some of which have already been implemented. 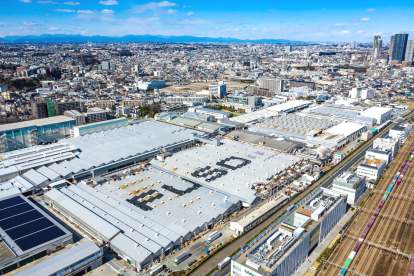 Logistics is another area to which MFTBC is turning its attention to promote reduced CO2 emissions across the value chain. It has started evaluating methods of quantifying carbon emissions that occur both when receiving materials and components from our suppliers, and delivering our products to customers. In these areas, MFTBC is already proceeding with the following countermeasures:

MFTBC is creating a carbon neutrality roadmap for its logistics operations and will soon expand these areas of effort.

As part of Daimler Trucks, MFTBC promotes climate protection and sustainability among its suppliers and sets impulses to pursue high standards both within their companies and in their own supply chains.

An example of this effort is the CDP Climate Protection Survey. To create more transparency about the environmental impact of our supply chains, Daimler Trucks works with organizations such as CDP (formerly the Carbon Disclosure Project).

In 2020, key suppliers were invited to participate in an annual survey to report their environmental impact, including their level of CO2 emissions. Until now, suppliers representing more than 70% of the annual purchasing volume of the Daimler Truck and Bus business have been asked to participate, with the scope expected to increase in 2021 and support the effort to reduce CO2 emissions throughout the automotive supply chain.