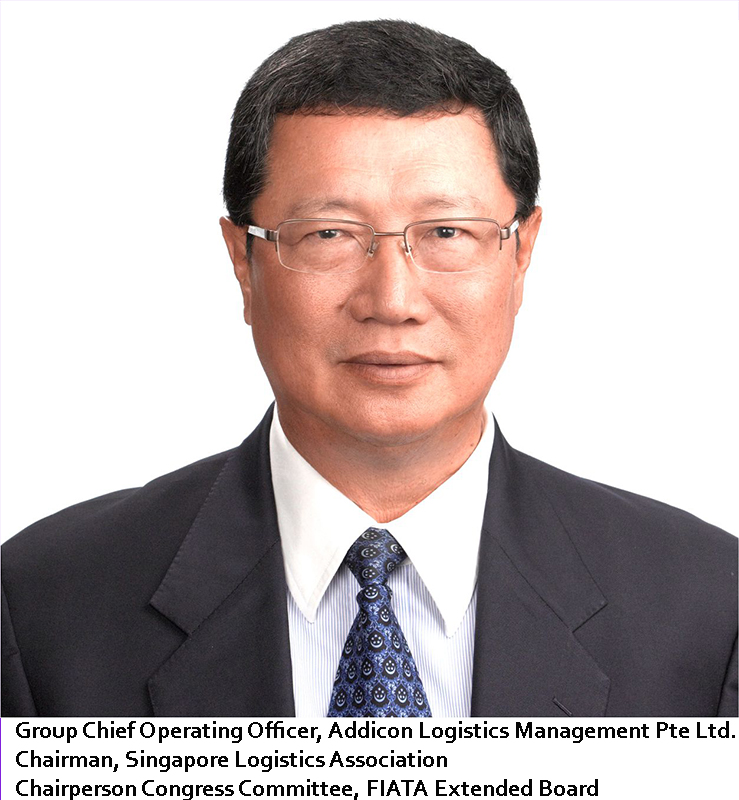 Mentoring the young through teaching

Stanley Lim holds the record as the longest serving council member of the Singapore Logistics Association having been with the group since 1992. He served as SLA chairman for several terms, including this year, with focus on globalizing the organization founded in 1973 that represents nearly 600 companies.

Lim, 71, is a well respected figure in Singapore’s freight forwarding industry with an illustrious 50-year career in the business. Apart from SLA, he also serves in the International Federation of Freight Forwarders Association (FIATA) Extended Board where he chairs the Congress Committee.

After completing his Cambridge education in teaching, Lim opted to work for the Government of Singapore as customs officer instead of teaching. Two years later, he moved to the logistics industry.

“I am already 50 years in this industry. I’m already 71,” Lim proudly shared with Air Cargo Update on the sidelines of the first FIATA Congress ever held in New Delhi, India. “I have been doing logistics all these years. Logistics is in my blood and I’m very passionate about it.”

Lim, the Group Chief Operating Officer of Addicon Logistics Management (S) Pte Ltd. which has 10 offices across Singapore, Cambodia, Vietnam, China, Thailand and Bangladesh, says although he didn’t teach in his younger years, the time calls for him to pass on his knowledge to the younger generation.

“After I left school in my senior Cambridge level, I was offered to become a school teacher. But I became a customs officer and after two years, I said, ‘I must go into logistics.’ I did not accept the teaching job but I’m now teaching the young in diploma courses in the academy.”

In recognition of his invaluable contributions to Singapore and the global freight forwarding industry, Lim was bestowed the Pingat Bakti Masyarakat (PBM) Public Service Award by the President of the Republic of Singapore in 2001. In 2006, he won the Golden Chariot Award – Achievement for Strengthening International Relationships in the Transport Sector, in Shenzhen, China.

Lim says the freight forwarding industry is moving to the digital world but at a slow pace for various reasons.
“Technology is imposed unto us. It’s disruptive to the industry and we have to adapt to cater to this innovation so that we can be up to date and serve our customers in the right way. The freight forwarding industry is not so receptive yet but we have no choice but to adapt,” the businessman said.

Singapore is one of the leading nations in technology. It’s pushing to become a smart-nation where everything is interconnected digitally.

“In Singapore, the government is pushing for digitalization. We’re aiming to become a “smart-nation” where everything is interconnected. We have to use technology not to replace humans but to get humans to make use of technology for their business,” said Lim.

With so many things to learn and pass on, Lim says he unwinds by meeting people through networking, having a couple of drinks and trading jokes with friends.

“I love humor and humorous moments,” he says.