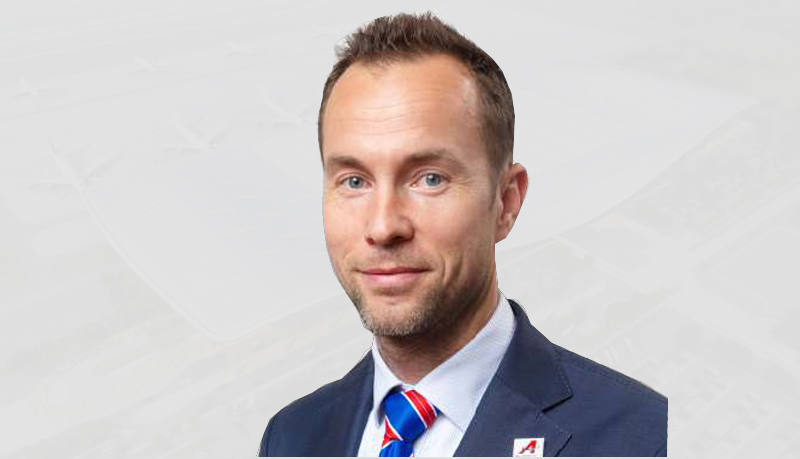 You probably heard about ACL Airshop, the tech- driven leading worldwide provider of ULDs, cargo control and air freight products and services to more than 200 airlines across six continents and at majority of the world’s top 100 air cargo hub airports.

After completing his Business and Accounting with Variant Management and Information Degree, Jos began working for Airshop in 2002. Nearly a decade later and after numerous promotions, he was moved to Hong Kong to set up the ﬁrm’s Asian operation.

Steve Townes, the West Point Military Academy graduate, founder, CEO & President of Ranger Aerospace LLC and its aﬃliates, concurrently the Chairman & CEO of ACL Airshop, is all praises for Jos.

“His 17 years of progressive advancements in the ACL Airshop enterprises have, thus far, culminated in his very senior leadership role as our #1 international executive, CTO, and global leasing “dynamo.” He almost single-handedly set up our burgeoning Asia- Paciﬁc operations some years ago with one outpost in Hong Kong. Now we have 16 support centers over there, plus manufacturing supply chain extensions in China and Taiwan, and in Q1 of next year we intend to commence air cargo logistics support operations in India,” said Steve.

Steve also credited Jos for steering ACL Airshop to the digital age describing him as “the driving force behind our numerous new technology initiatives.”

“Jos has also been the driving force behind our numerous new technology initiatives. Proprietary repair stations software, upgraded ERP systems, robust “Ops Centers” in three major gateway cities, proprietary “ULD Control” logistics management programs, Bluetooth real-time tracking and tracing, and now “FindMyULD” App are, altogether, an incredible body of work,” said Steve noting that in the past four years, ACL had grown its ﬂeet of ULDs to more than 50,000 with leasing support operations at 52 of the world’s top 100 cargo airports.

Jos, now a father of two young boys, who also owns a red cat, says though his job demands a lot of responsibilities and focus, he still ﬁnds time to unwind. “My family at home is most important to me and spending time with them is relaxing. And I love to listen to ’80s music,” shared Jos now based in The Netherlands.

He is also into a lot of sports, keeping him ﬁt and healthy. “I am always training for triathlons. Running, cycling and swimming are part of my daily routine. My goal is to keep improving and compete in races.”

And when life turns sour at times, Jos says he keeps his cool playing his favorite songs from the ’80s and reminding himself that life is too short to be wasted.

“Life is too short to worry about stupid things. You only live once, you better enjoy it,” Jos told Air Cargo Update when asked about his favorite inspiring quotes he holds on to when he’s feeling blue or down.

“And listening to some good ’80s songs from Don Henley, Foreigner, or Fleetwood Mac always helps.”