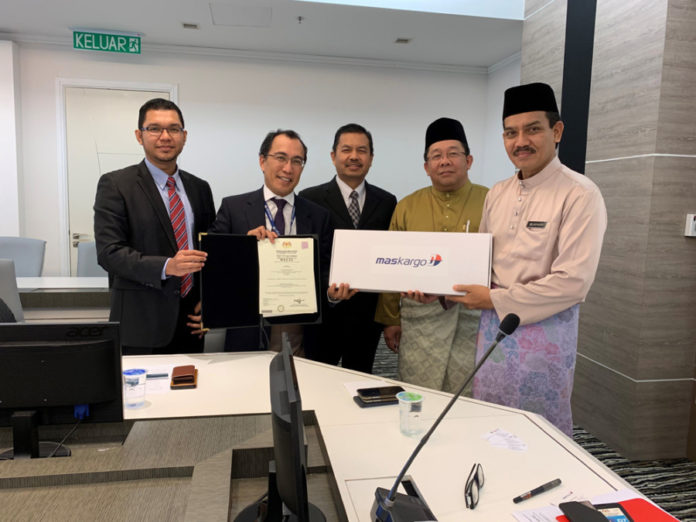 Ibrahim Mohamed Salleh, chief executive officer of MASkargo says the global halal market is worth almost $2 trillion, and the airline reviewed all processes to ensure they met strict requirements.

He says: “Additional facilities were also added to cater to the need of maintaining segregation and separation between Halal and non-Halal shipments. We are most probably the first Cargo Terminal Operator in the world to be classified as a Halal cargo handler from a globally recognised and renowned Islamic Affairs Regulator for Halal products.”

Flight MH088 left Kuala Lumpur at 23.30h on 24 June and arrived at Tokyo’s Narita International Airport at 07.40h the next morning.

The shipment was booked by Nippon Express (Malaysia), with Roslan Osman, general manager of the Halal Logistics Division commenting: “The reality of an integrated halal supply chain is made possible by such collaboration between stakeholders in the halal ecosystem. A halal certification makes exporting products to Muslim markets much easier.”