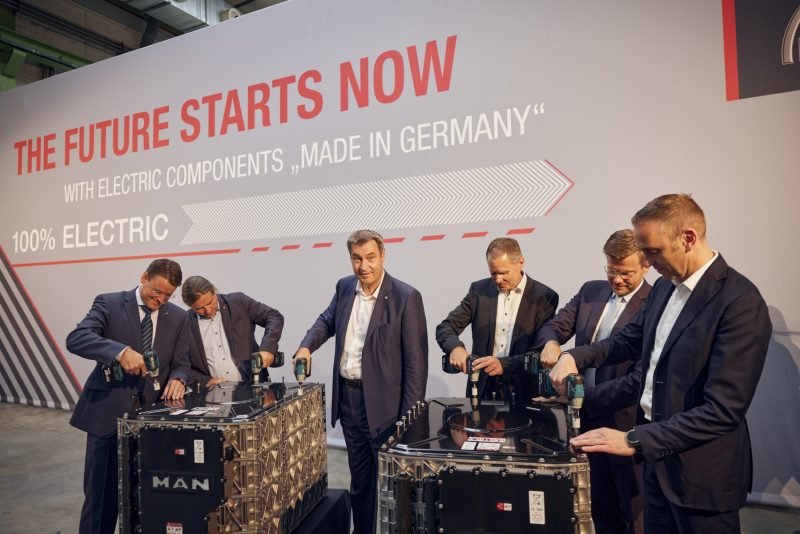 Investment decision worth around EUR100 is of key importance for Germany as a commercial vehicle location. The factory has manufacturing capacities of over 100,000 battery systems per year.

MAN Truck & Bus is set to manufacture high-voltage batteries for electric trucks and buses in large-scale production at its Nuremberg site from 2025.

The company says it will invest around EUR100 million over the next five years at the tradition-rich production site for combustion engines. Production capacities will be expanded to over 100,000 batteries per year.

The investments in the development of battery production will secure 350 jobs with a promising future. MAN Truck & Bus says this important investment decision was made in close cooperation between the company and the employee representatives and with the active support of Bavarian politicians. The decision gives Nuremberg’s traditional location a clear perspective for the future.

Initially, the batteries, which along with the engines form the heart of electric commercial vehicle drives, will be manufactured manually at the MAN plant in Nuremberg in a small series production for about two and a half years.

Construction of large-scale production is scheduled to start in mid-2023 and to be completed by the end of 2024. MAN is thus laying the foundations for the large-scale industrialization of electric drive systems for trucks and buses.

The commercial vehicle manufacturer is receiving support from the Bavarian State Government, which has promised a contribution of around EUR30 million to energy research and technology funding for the period 2023 to 2027, provided that the funding and budgetary requirements are met.
These funds will be used to conduct research in battery assembly, cell chemistry and development, battery safety, and ultimately battery recycling to ensure the sustainability of the propulsion mode. 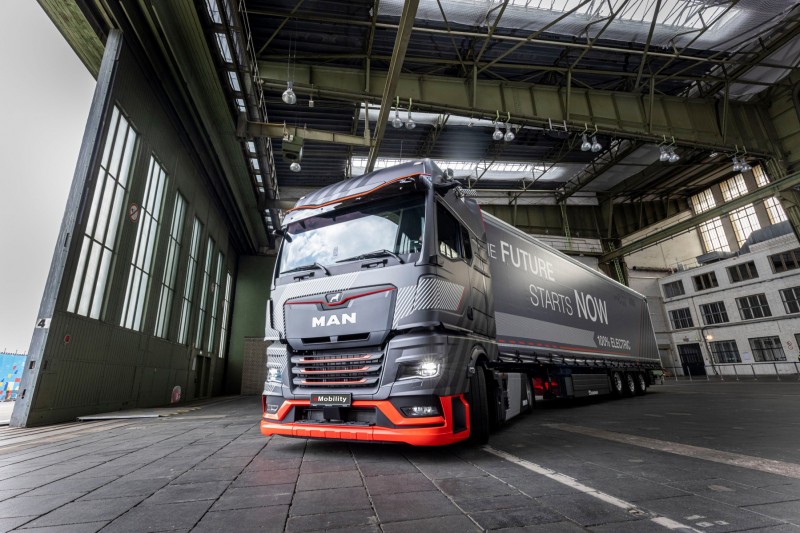 Alexander Vlaskamp, Chairman of the Executive Board of MAN Truck & Bus SE, says: “We are now starting to industrialize electromobility and continue on our path to climate-neutral mobility in commercial vehicles. It is a ground-breaking location and investment decision for the next decades. At the same time, it is part of MAN’s transformation into a provider of sustainable transport solutions.

“This now paves the way for a commercial vehicle e-cluster “made in Bavaria”, consisting of the production of e-trucks at MAN in Munich, battery production in Nuremberg, research & development at both locations and excellent cooperation with the respective colleges, universities and institutes. With our investment decision, we are securing around 350 jobs at the Nuremberg site and hundreds if not thousands of jobs in Germany. Such important decisions can only be made in close cooperation with all parties involved from the employer and employee sides as well as politics.”

Markus Wansch, Chairman of the Nuremberg Works Council and Vice Chairman of the General and Group Works Council, adds: “Our industry is undergoing a profound transformation. Our workforce is rightly asking: What are the perspectives? That is why it is such good news that together we have succeeded in establishing battery series production in Nuremberg. This goes to show that the future of Nuremberg as a location will also rest on the pillar of electromobility.” 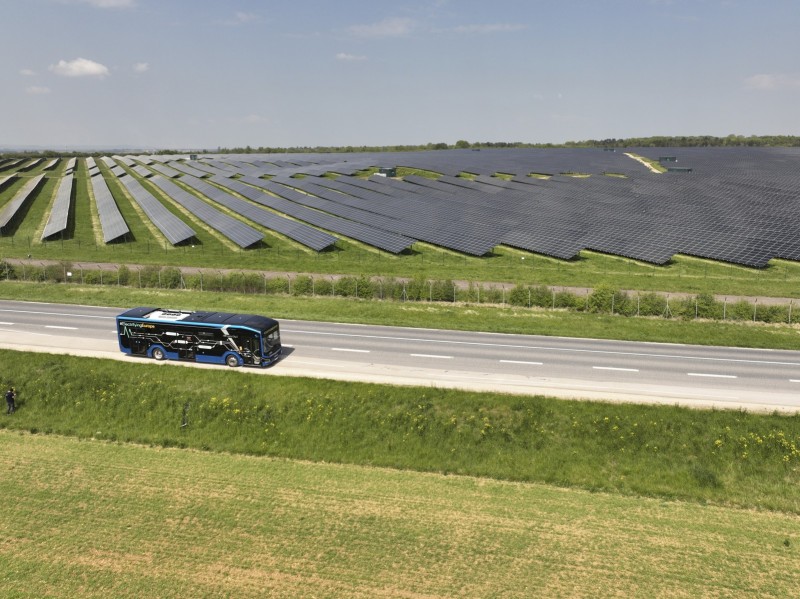 The batteries are the result of complex assembly and real powerhouses: They are made of battery cells, which in turn are grouped into modules and combined in individual layers to form a battery housing (pack). This requires a high level of know-how and strict safety standards. Depending on the range, a heavy electric truck needs up to six of those battery packs.

This will initially give MAN’s e-trucks a range of 600 to 800 kilometers. In the next generation of battery technology, ranges of up to 1,000 kilometers are expected from around 2026. This will finally make the e-truck suitable for long-distance transport.

Around the middle of the current decade, the total cost of ownership for an e-truck and a diesel-powered one will be at the same level. MAN, thus, expects customer demand for e-vehicles to increase significantly by then at the latest – assuming the appropriate charging infrastructure is in place.

The production of heavy e-trucks will start at MAN in Munich at the beginning of 2024. The manufacturer has already put a small series on the road in 2019. MAN has also had fully electric city buses and vans on the market for some time.

The Nuremberg plant looks back on a long tradition. With a history dating back around 180 years, it is one of MAN’s roots. Trucks or components have been manufactured in Nuremberg for over a hundred years.

Today, for example, the site with its approximately 3,600 employees is responsible for the development, production, and external sales of all MAN diesel and gas engines.

With its “electrification”, a new chapter is now beginning for the Nuremberg production and development site, which will also increasingly take on tasks within the TRATON GROUP: With the start of battery production, MAN Truck & Bus is strengthening its position in the TRATON GROUP as a competence partner for electromobility. Images & Story from www.mantruckandbus.com

The MAN eTruck coming onto the market from 2024 onwards from series production will also receive battery packs “Made in Germany”.

The MAN Lion’s City E city bus will be supplied with battery packs from Nuremberg in the future.