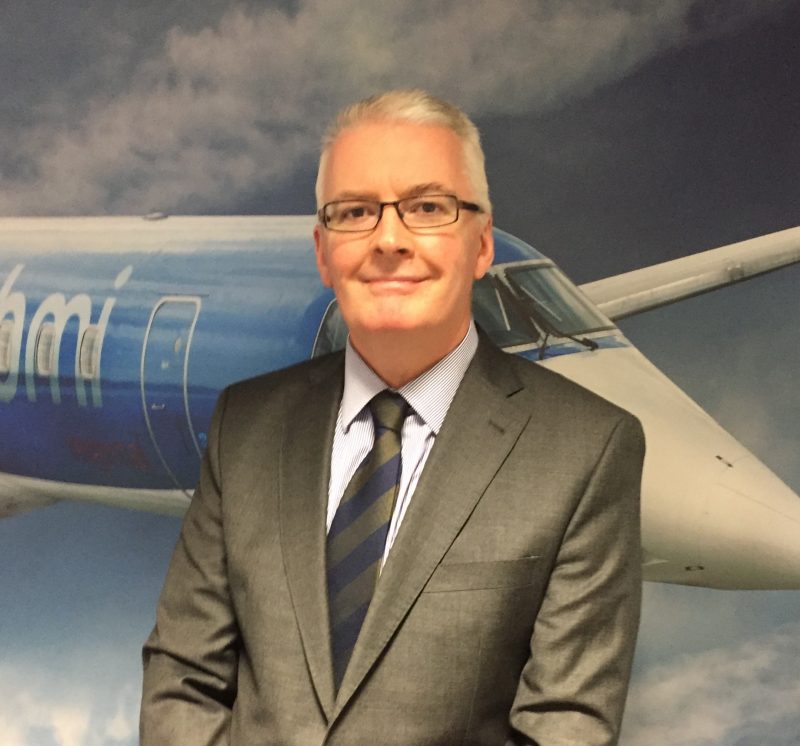 As part of this long-term succession plan, Tim Shattock joined flybmi as Interim Managing Director earlier this year to assist in this transition process and Shattock will now return to his native Dublin to take up a new leadership role.

“It has been a pleasure in being part of the flybmi team for the last few months and I am very confident that great things lie ahead for flybmi and its people. I would like to thank everyone in the company and wish the Team every success for the future”, said Shattock.

With Schnadt now assuming the role of Managing Director at flybmi, having been with the company for the last three years, the organizational structure will be adjusted to better address the key needs of flybmi going forward.

A key part of this organizational adjustment will be the appointment of Malcolm Sutherland as flybmi’s new Chief Operations Officer overseeing all operational functions of flybmi, reporting to Schnadt. In addition, Schnadt will continue to have the Directors for Sales & Business Development, Fabrice Binet, Revenue & Planning, Barry Oaten and Customer & Marketing, Antony Price, reporting to him alongside the Chief Financial Officer, Paul Roberts and Head of People, Suzanna Smith.

Commenting on his new role Schnadt said, “I feel very privileged to have been asked to take on the MD role and to be able to work with the great team that we have to move things forward to the next level. I am also delighted to welcome Malcolm to the Team, who with his previous experience in Virgin Atlantic and the Thomas Cook Group will add tremendous value to the Team and effort at flybmi, joining us at this very exciting time.”

On his appointment to the role of Chief Operations Officer, Malcolm Sutherland said, “I’m delighted to be joining flybmi and looking forward to working with all of our operational teams to deliver a great experience for our customers.”

Simpson said, “I am confident that these appointments will add further strength to the management team at flybmi, as the Company continues to drive expansion in the European regional markets”

Peter Bond, co-owner of the airline, will assume the position of Co-Chairman of Airline Investments Limited, taking on a more active role to further strengthen the day-to-day running of flybmi and Loganair.