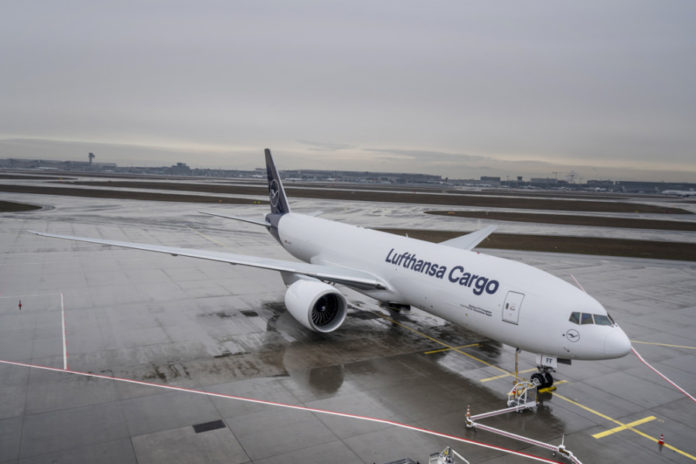 Lufthansa Cargo will be adding freighter connections for the summer, putting the two new Boeing 777 Freighters into service.

Capacity will increase 10% with increased flights across Asia, the Americas Africa utilizing Lufthansa Cargo and AeroLogic’s freighter capacity on the summer schedule starting on 31 March.

Osaka will be served by three MD-11F flights a week, and Seoul Incheon be connected on the outward leg from Frankfurt nine times a week.

Hong Kong will receive daily MD-11F flights instead of six times a week, adding another 85 tons of freighter capacity a week.

In India, there will be new connections to Mumbai, and services to Chennai and Ho Chi Minh City in Vietnam will be doubled, with an AeroLogic 777F travelling twice a week.

North America will receive extra flights, with Atlanta services increasing from six flights a week to seven, and Chicago receiving 12 a week, up from eight.

Central and South American services are being upgraded, with a Lufthansa Cargo 777F being used on direct flights to Mexico City and on rotations from Frankfurt to Buenos Aires via Viracopos and Montevideo.

The 777F will also be used on Frankfurt to Viracopos via Curitiba service as well as the direct Frankfurt – Viracopos route, with a stop in Dakar, Senegal on the return route.