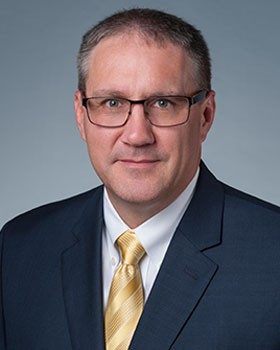 Lockheed Martin’s board of directors approved the appointments of new leaders for two of the corporation’s business areas. Frank St. John will move to executive vice president of Rotary and Mission Systems (RMS) and Scott Greene will become executive vice president of Missiles and Fire Control (MFC). St. John succeeds Dale Bennett, who intends to retire but will serve as strategic advisor on the executive leadership team through the end of the year. Both Greene and St. John will serve as corporate officers. Their appointments will be effective Aug. 26.

St. John, 52, joined Lockheed Martin as an intern more than 30 years ago, and took on roles of increasing responsibility in engineering and program management before joining the corporation’s executive leadership team. For the past year and a half, he has served as executive vice president of MFC. Under his leadership, MFC secured significant long-term strategic contract wins and grew international sales significantly.

Greene, 61, has served as vice president of Tactical and Strike Missiles in the MFC business segment since August 2017, where he had total business, operational and financial responsibility for that line of business. With more than 38 years of experience, Greene has held positions of increasing responsibility throughout the corporation.

“Frank and Scott are proven leaders who have built impressive records at Lockheed Martin. They bring a commitment to excellence and strong customer focus to their respective business areas,” said Lockheed Martin Chairman, President and CEO Marillyn Hewson. “These appointments reflect Lockheed Martin’s commitment to succession planning and strong governance. We have deep talent and expertise in our executive leadership team, and I am confident Frank and Scott will continue to deliver strong performance in their new roles.”

Bennett began his career in the US Air Force and joined Lockheed Martin in 1981. In his most recent role as the leader of RMS, Dale led a team of more than 35,000 people across the globe working on a diverse product portfolio of over 1,000 programs ranging from helicopters to naval platforms. He has been a champion for the corporation’s military veteran workforce and an advocate for STEM education initiatives.

“We appreciate Dale’s leadership and service over his remarkable 40-year career in the military and in industry,” Hewson said. “His broad experience across engineering, business development and strategy made him a uniquely valuable part of our leadership team. We wish him well in his retirement.”