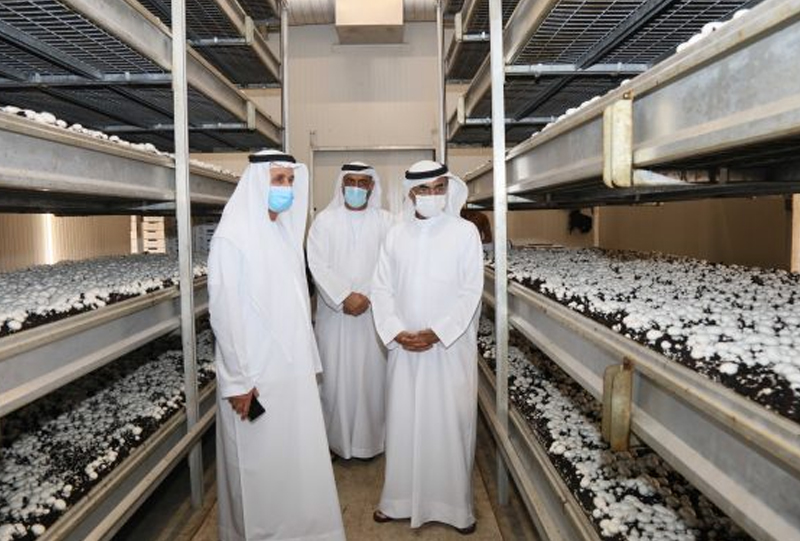 DUBAI: The largest mushroom farm in the UAE which produces about nearly 6 tons of mushrooms daily for local consumption and export relies on solar energy and technology to thrive in the region’s harsh weather condition.

It recycles 100 percent of its irrigation water. It also reuses the soil in its hydroponic system as an agricultural conditioner in traditional cultivation. The farm produces mushrooms, lettuce, and other crops used &  consumed locally.

Meanwhile, Alayas Farm produces two tons of green fodder that are used as feed for its goats and poultry livestock. It also leverages hydroponics in cultivating vegetables.

The minister stressed that the UAE prioritises the use of agricultural technologies that increase crop production and quality and reduce the environmental footprint of farms across the country. He pointed out that MoCCAE endeavours to strengthen its partnership with major modern farms in the UAE to develop the sector and highlight these farms as successful examples of agri-tech at work.