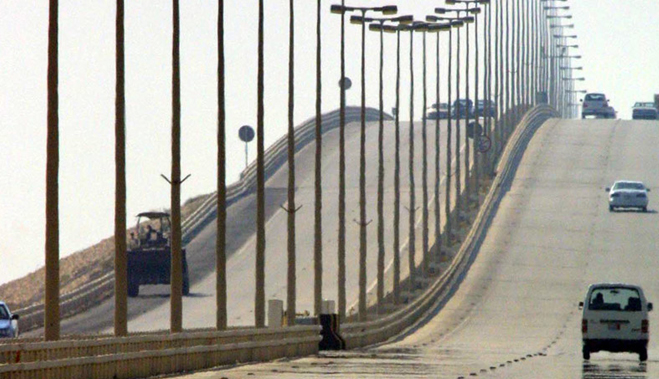 The King Fahd Causeway has re-opened for commercial transit traffic from Bahrain to Saudi Arabia, with truck drivers now able to access several GCC countries via the 25-kilometre bridge.

Mohammed Hassan Al Isa, Director of Land Ports of the Customs Affairs, made the announcement following an agreement with the Saudi General Customs Authority enabling manufacturers in the Kingdom to distribute products to the wider region.

It comes after the completion of major renovation works on the bridge in June including an increase in capacity by 45% following the suspension of passenger travel in March. The works included new gates on the Saudi side and dedicated e-Payment lanes to facilitate processing of the bridge toll on both sides.

The bridge connects the Kingdoms of Saudi Arabia and Bahrain and bears considerable economic importance for both countries, particularly for their tourism and logistics sectors. Analysis of tourism data for 2019 shows that Bahrain welcomed 11.1 million visitors last year, of which 9.7 million (88%) arrived via the King Fahd Causeway.

It was also recently announced that Bahrain Customs has installed high-tech artificial intelligence scanners at the King Fahd Causeway, automating data collection and allowing shipment inspections to take place before reaching the border. This has greatly increased both the speed and capacity for processing as demonstrated by a 15 per cent growth in trade between Bahrain and Saudi Arabia in the first quarter of this year.

King Fahd Causeway was opened in 1986, and today it is one of the busiest land border crossings in the Middle East with an estimated 390 million passengers having used the bridge since its opening.