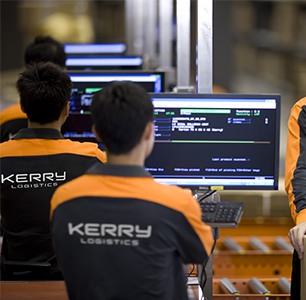 William Ma, Group Managing Director of Kerry Logistics, said, “2017 1H has been another challenging period. Global demand stalled in Q1 and our cargo volume was at a low level in January and February. Nevertheless, the temporary slowdown in Q1 reversed as the world economy gradually stabilised with cyclical recovery starting from Q2. Supported by strong logistics volume growth in Asia and sound performance in the Americas, the Group’s performance and earnings have shown considerable improvements since Q2. Against this backdrop, for 2017 1H, Kerry Logistics recorded a 31% growth in turnover and a 10% growth in core operating profit. However, core net profit only reported a 5% growth due to the unsatisfactory performance of our investments in associates, which reported a 52% year-on-year decrease in contribution.”

The IL division delivered an 11% growth in segment profit in 2017 1H. The overall performance in Greater China remained flat. In Hong Kong, the logistics business delivered continued growth as it benefitted from contribution through new business and customer wins, while the warehousing business maintained growth after a change in client mix despite rental pressure. Weak performance of some of the key accounts in Mainland China adversely affected the Group’s business performance. Although the increased operating cost under the new labour law added pressure on 1H earnings, Taiwan’s performance is expected to improve in 2017.

The overall IL business in Asia remained strong in 2017 1H, driven by the enhancement of the Group’s service capabilities in ASEAN.

The IFF division continued to achieve significant growth in 2017 1H, fuelled by the substantial contribution by APEX in the US. As a result of the alliance shuffle, carrier consolidation and reduction in capacity, freight rates increased in 2017 1H, causing the profit margin of the IFF business to narrow, despite an increase in volume. In Europe, the acquisition of Tuvia Italia S.p.A and the launch of the new sales office in Poland further strengthened the Group’s global IFF sales and operations network.

All projects in the pipeline progressed as planned. In Thailand, phase four expansion of Kerry Siam Seaport is expected to complete in 2018. Construction of three logistics facilities in Shanghai and Wuxi, Mainland China, and Phnom Penh, Cambodia were completed in 2017 1H. Inland ports in Yangon and Mandalay, Myanmar, together with three other facilities in Changsha and Wuhan, Mainland China, and Guanyin, Taiwan are under construction.

In March 2017, the Group entered into a share purchase agreement to divest its entire 15% interest in Asia Airfreight Terminal Company Limited to Holistic Capital Investment Limited, a subsidiary of Hong Kong Airlines Limited. The completion of the transaction is subject to certain conditions precedent, which, the Directors believe, will be satisfied in 2017 Q3. Going forward, the Group will continue to consider divesting non-core assets and businesses.