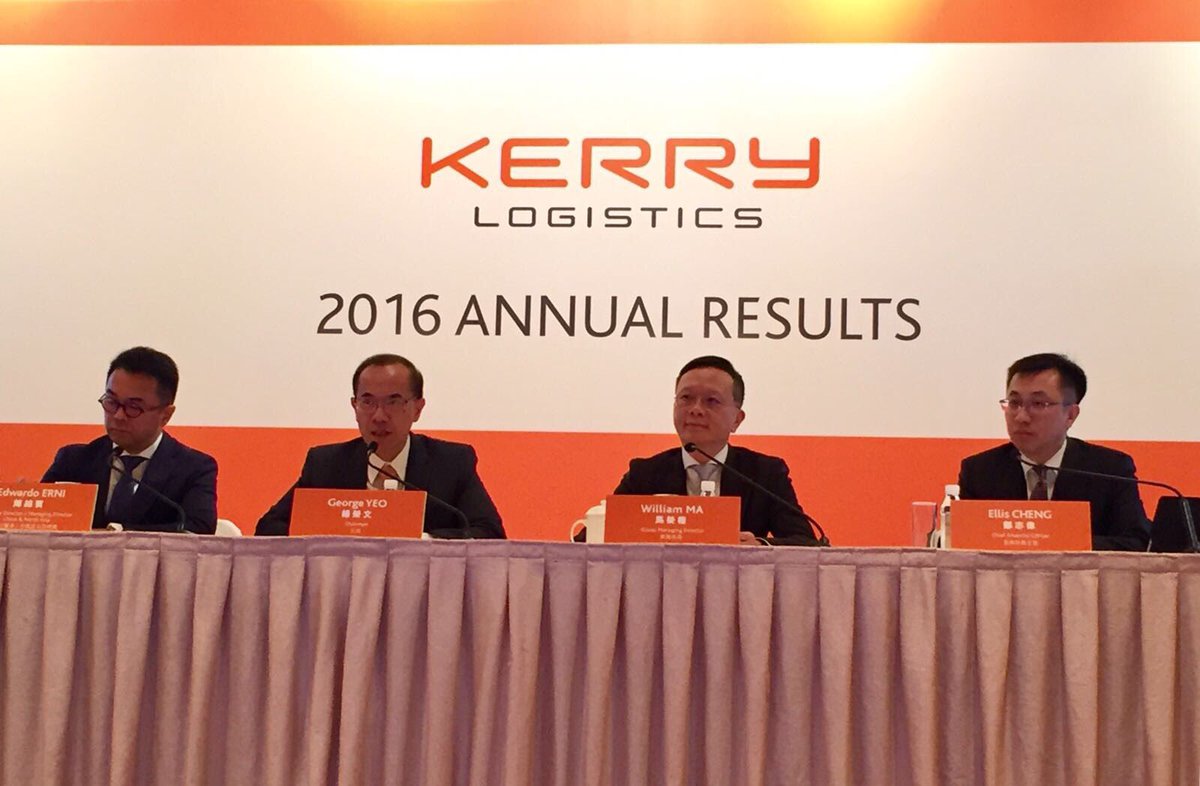 William MA, Group Managing Director of Kerry Logistics, said, “Kerry Logistics has managed to weather market headwinds in 2016 and minimised the adverse macro-economic impact on its business with quick response to market changes. Despite the tough operating environment, the Group managed to achieve a 14% growth in turnover, while core net profit grew by 4% in 2016. The sustainable increase in earnings was attributable to strong growth of our IFF business, solid growth in South and Southeast Asia, as well as synergies generated from recent acquisitions.”

The bearish market view in January 2016 resulted in a decline in cargo volume. Nonetheless, the IL division managed to record stable performance and contributed 79% of the Group’s total segment profit.

The IFF division achieved a 24% increase in segment profit during the year, mainly propelled by contributions from APEX in the US and robust growth in Asia. Overall, the growth of the IFF division outpaced that of the IL division in 2016.

E-commerce continues to be a key growth driver for the Group. Demand momentum driven by cross-border e-commerce is particularly strong between Greater China and ASEAN. Leveraging its strong regional network and capabilities, Kerry Logistics is well positioned to capture the growth opportunities arising from the increasing e-commerce trade and volumes.

On 17 March 2017, the Group entered into a definitive agreement to divest its entire 15% interest in Asia Airfreight Terminal Company Limited. The transaction shall be completed upon satisfaction of certain conditions precedent under the definitive agreement. The disposal represents a continuation of the Group’s strategy to streamline its businesses and increase its overall performance and prospects. The enhanced cash and working capital position after the deal shall enable the Group to restructure its strategic business position and focus on pursuing development opportunities on its core businesses and/or other potential acquisitions in the future.