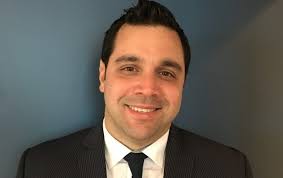 Based at New York JFK in his new role, John joins Virgin Atlantic from Aer Lingus, where he ran the airline’s sales and reservations operation for the USA. Prior to Aer Lingus, he has spent nine years at Qantas covering the East Coast USA. As Regional Sales Manager USA he will be responsible for developing and driving Virgin Atlantic’s revenue performance.

Virgin Atlantic has been one of the most consistent providers of transatlantic cargo capacity for over 30 years and in 2016, in conjunction with JV partner, Delta Air Lines, it will have a 27% market share of capacity on one of the world’s busiest and most competitive trade lanes.

John Lloyd, Senior Vice President, Cargo at Virgin Atlantic, said, “Given our significant presence on the transatlantic market and the broad range of destinations we offer, we are delighted to be welcoming John to our team. His experience and contacts in the U.S. will be invaluable as we look to increase our share of the market.”

The airline now provides customers with a choice of services to and from 12 US cities; Atlanta, Boston, Chicago, Detroit, Las Vegas, Los Angeles, Miami, New York, Newark, Orlando, San Francisco and Washington. Flights operate to London’s main Heathrow and Gatwick airports and Atlanta has a daily service to and from Manchester in the north of England. There are also direct Las Vegas and Orlando flights into and out of Manchester and a seasonal Orlando operation to and from Glasgow in Scotland.

John Giannitelli added, “This is an exciting time to be joining Virgin Atlantic Cargo. We have a great choice of services to offer our customers and I am very much looking forward to working with the Virgin Atlantic sales team and to build on their great work, which has established us as one of the leading carriers from the US”

Virgin Atlantic customers in the U.S. also enjoy quick and easy access to the airline’s road feeder services from London to over 50 destinations in Europe and Scandinavia as well as onward Virgin flight connections to Delhi, Dubai, Johannesburg, Lagos, Hong Kong and Shanghai. Including interline agreements, Virgin Atlantic now offers connections to over 400 destinations globally.