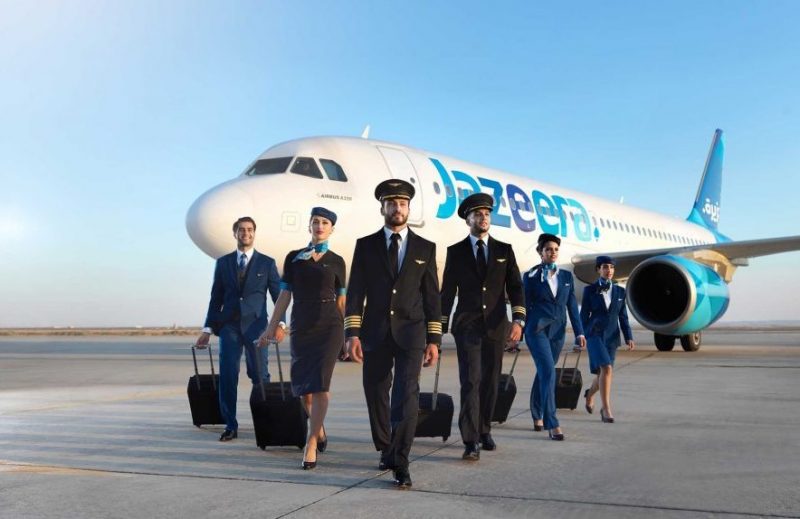 Jazeera Airways doubled its operating profits to KD14 million ($46 million) in its latest financial year but has announced that it will place its expansion plans on hold while it weathers the Covid-19 crisis.
Profits rose 108% in the year ending 31 December 2019 on top of revenues of KD103 million ($335 million) – a 26% increase on 2018.
But addressing shareholders, chairman Marwan Boodai warned that the airline would not repeat the same level of profitability this year, even with aggressive cost-cutting measures.
“Our goal by the end of 2020 is not the bottom line, but our readiness for the following year, the year 2021,” he said. “Until then, Jazeera Airways has a strong balance sheet and financial reserves enabling it to withstand difficult conditions for 27 months.”
Jazeera Airways had previously announced plans to continue expanding its network and introduced new fare categories at the start of 2020. The airline also recently became the first low-cost carrier in the Middle East to launch long-haul flights to the UK in a bold new venture utilizing its A320 fleet.
But its growth plans have been paused while it ‘prioritizes employees and customers’.
Boodai said, “As a private sector company, we are taking full responsibility to ensure our business continuity. Therefore, we have implemented decisive measures to safeguard our financial position caused by the Covid-19 pandemic, including the suspension of the 2019 dividend payment and activating the drawdown of bank facilities that were not previously tapped to support Jazeera’s ongoing liquidity through the coming months.”
By the end of 2019, Jazeera Airways was serving 37 airports from Jazeera Terminal 5 with a fleet of 13 aircraft comprising of nine A320 and four of the A320neo. The airline took delivery of three new A320neo aircraft in Q4 2019.
The carrier achieved a load factor of 77.5% in 2019, carrying 2.4 million passengers, 20% more than in 2018.
In recent weeks Jazeera Airways has made its fleet available for cargo-only flights to transport produce and goods to Kuwait. The company also redesigned its Park & Fly facility, previously for long-term parking and remote check-in, to setup the first Covid-19 drive-through testing center in Kuwait.
Boodai added: “In the past 15 years, we’ve weathered through many macro and micro-economic challenges, from a global financial crisis, a recession, geopolitical challenges in a number of the countries we serve, oil fluctuations, and regional overcapacity in a highly competitive environment driven by government-backed airlines.
“We have confidence that Jazeera Airways will once again come out stronger from this crisis.”