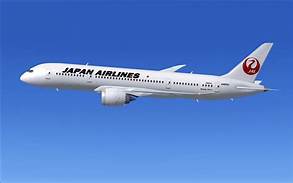 Japan Airlines and Alaska Airlines have agreed to expand their existing codeshare partnership, which will provide customers with an enhanced network to travel between Japan and cities in the US.

JAL initially entered a commercial partnership with Alaska Airlines in June 2016, which included codeshare agreements to provide new network opportunities in the US and enhanced the frequent flyer program to enable opportunities to accumulate mileage and redeem award tickets.

With the merger of Alaska Airlines and Virgin America completed in December 2016, the carrier successfully expanded its network out of San Francisco and Los Angeles, making it the go-to airline for people on the West Coast.

Through this agreement, JAL’s customers will have more flight options and access to key US West Coast gateways.

“We are pleased to offer our customers more routes and destinations with our new partnership with Alaska Airlines,” said Hideki Oshima, JAL executive officer, international relations and alliances.

“This expanded cooperation allows JAL to strengthen its own presence throughout the US.”

Alaska Airlines operates a fleet of Boeing 737 and Airbus A320 family aircraft.