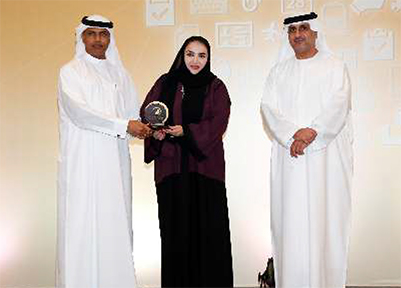 Jebel Ali Free Zone (Jafza), Dubai and the UAE’s ﬂagship trade and logistics hub for the Middle East region including West Asia, the CIS, Africa and the Indian Subcontinent announced its participation in Auto-mechanika Frankfurt 2016 held in Germany.

Sultan Ahmed Bin Sulayem, Group Chairman and CEO of DP World and Chairman of Ports, Customs and Free Zone Corporation, said: “The automotive sector in the Middle East and Africa (MEA) continues to post impressive growth rates with international brands keen to be a part of this success by increasing their footprint across the region. According to Frost & Sullivan, total light vehicle sales in the Middle East are estimated to reach 4.4 million by 2020 compared to 3.2 million in 2015.

“This provides major opportunities for European multinationals in the auto sector and we encourage other majors in Europe to come to Jafza to take advantage. Jafza is the only regional trade and logistics hub in the world which is located between a world-class seaport and an international airport.”

Ibrahim Mohamed Al Janahi, Deputy CEO and Chief Commercial Ofﬁcer of Jafza, said: “The automotive sector is one of the most dynamic and innovation driven in Jafza. The free zone is currently home to over 620 automotive companies which includes global names such as Honda, Nissan, Ford, GM, Daimler & Chrysler, Caterplllar, Mobis and Schaefﬂer among others. Jafza Automotive sector generated trade worth $5 billion in 2015.”

According to ﬁrm Frost & Sullivan,the number of vehicles on the roads in the Middle east and North Africa is forecast to rise to 44.5 million in 2020.

This growth is expected to drive demand for parts and accessories with sales in 2020 projected to reach $17.2 billion compared to $12.98 billion in 2015. Jafza is currently home to over 7,000 businesses including more than 100 Global Fortune 500 enterprises.