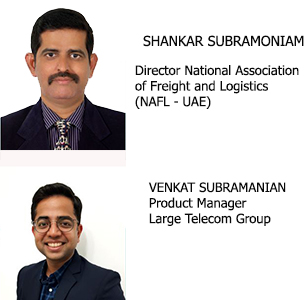 Innovate or Perish: The Logistics industry of the future

Over the last 30 years, logistics and supply chain management in the GCC had seen significant transformations that have completely changed the way the industry functions.This article focuses on certain individual business functions and show the way business needs and skill sets have evolved due to constant innovation and technological advancements.
Documentation
Looking back 30 years, one can safely say that documentation was one of the most important functions in the logistics and supply chain industry. The whole process of shipping goods from one point to another was supported by a web of complex documentation that required the right expertise and know-how. In short, this business function was extremely people-centric. 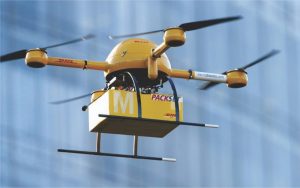 Experienced staff with the working knowledge of documentation were often some of the most highly-paid professionals in the industry and were considered an asset to the company. However, these professionals were regarded as experts based on the many hours they spent on documentation rather than on productivity.
Cut to 2018 and documentation only requires trained, semi-skilled professionals on industry-standard systems which call for a few basic entries into an interface and one click of a button. Over the last few years, documentation has gone from being an industry unto itself to an asinine sub-function with little or no human intervention.
Transportation
Transportation is one business function that has seen disruption on a global scale. In emerging markets like the GCC, this business function has seen three waves of trans-formation.
In the early days, transportation as a business relied on personal relationships between companies and transporters. The impact of cost control and consolidation were never really considered in the larger scheme of things.Productivity and asset utilization were secondary factors as long as business was regular. Monitoring systems were rudimentary. Focus was only on availability, and a few large players completely dominated the industry.
In the post 2008 era, transportation suddenly became a focus area to reduce overheads and improve efficiency. What this wave brought, was a host of cheaper mobile operators with little expertise, lack of reliability, technical skills and poor service delivery. What began as an endeavor to reduce costs ended up having a negative effect, thereby, creating an unprofessional parallel industry structure with very little regulation and oversight. 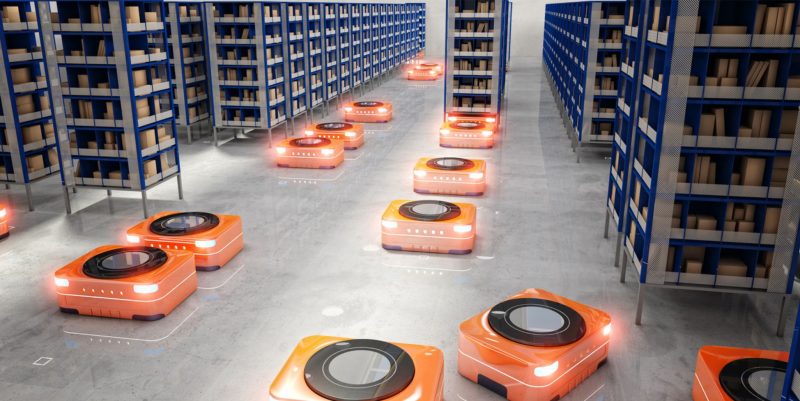 In the last few years, however, we have seen this imbalance being correct through technology. The uberization of the transportation industry has ensured a fair degree of standardization of services and smaller players are able to thrive and grow. The emergence of new transportation systems such as drones has further incentivized new players to enter the industry. Additionally, the focus is on achieving a holistic balance between cost and efficiency which has benefited the industry as a whole and weeded out inferior players to a large extent.
Warehousing
Wareh3ousing is one function that has in our opinion benefited the most from innovation. When the logistics industry was just taking root in the GCC, what we know as warehouses today were simply known as Go-downs, as in a place to go down and store goods.
As the market grew and the scope of industries requiring storage facilities expanded, the modern-day warehouse was born.With the needs of business getting more time-bound and with focus shifting towards proper handling of goods such as pharma or agri-products, the creation of a more skilled workforce to monitor these changing needs was felt.
This led to the emergence of a category of mid-level executives who oversee warehousing functions still handled by a largely under-skilled workforce. It is estimated that over 60% of the costs are dedicated to maintaining this new category of employees. However, lack of opportunities for ground-level staff has seen this industry stagnate, thereby creating an opportunity for disruption.
Companies like Amazon have taken a rather extreme view on warehousing by investing heavily in automation. Their fulfillment centers typically require a smallforce of semi-skilled workers who can function with minimal oversight through the use of automation and robotics for every function from storage to sorting and picking. This is the direction that the industry seems to be heading in and there is an urgent need to address the challenges for the current workforce.
Distribution
Earlier, “Scheduling” was the buzzword in distribution. It was a simple yet effective system of doing business where customers had a fairly comfortable window in which their delivery schedules could be fit and the further handling of goods could be planned accordingly.
Globalization, change in consumer behavior and the advent of eCommerce challenged the entire global supply chain with the idea of handling a very large volume of new SKUs giving rise to the concept of time-bound deliveries.Planners and distribution experts relied heavily on technology to improve efficiency. Distribution has now subsumed warehousing and transportation and where’First past the post’has become the motto.
Our analysis of the changes in the Logistics industry shows that the future holds promise with the advent of new paradigm. Even government entities like customs are stepping in to meet the changing requirements by means of Smart clearance systems. There is talk of autonomous vehicles and hyperloops for both passenger and cargo. AI and Blockchain coupled with Big Data analysis are changing the way business is done. Niche new industries such as 3D printing are finding more use cases.
Preparing a workforce that is future-ready is only one part of the challenge. This is a time to discuss, deliberate and chart out a new framework of the future of logistics and supply chain. Every hand that can help as a mentor, innovator and contributor is welcome in this journey. Join us, won’t you?