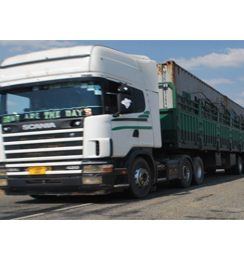 Dubai Port World has been granted a 25-year concession to finance, develop and manage the

facility, which will provide warehousing, truck parking, a container yard and other auxiliary

According to Dubai Port, the first phase of the Inland Container Depot, at the Kigali Logistics

Platform, is set to be complete in 18 months’ time, raising hopes that it will contribute to the

ease of doing business in the country.

When completed, analysts are optimistic the dry port, which is linked to both the Northern and

Central Corridors, will allow Rwandan importers and exporters to consolidate volumes of cargo.

“There are cases where off-loading containers takes almost a whole week, forcing truckers to

make only two trips per month. But with the new infrastructure, the trucks will do as many as five

trips per month. This will reduce transport costs and increase profit for businesses,” said

Truck drivers complain about the long waiting time when in Rwanda, despite the implementation

“There are times we wait for more than 20 hours before being allowed into the city, which adds

to operational costs. For instance, trucks are only allowed into Kigali to pick up or drop off

trucks into the city between 9pm and 5am.

There are hopes that when completed, the Inland Container Depot will boost the country’s

“The Kigali Logistics Platform will be the first of its kind, a logistics hub developed under a

private-public partnership, and will help provide the economies of scale required to reduce costs

not just for Rwanda but also for Burundi, eastern DR Congo and possibly parts of Uganda.

“The confidence shown by DP World, which operates over 65 terminals across the world and

has over 36,000 employees, in investing in Rwanda reflects the confidence being shown by