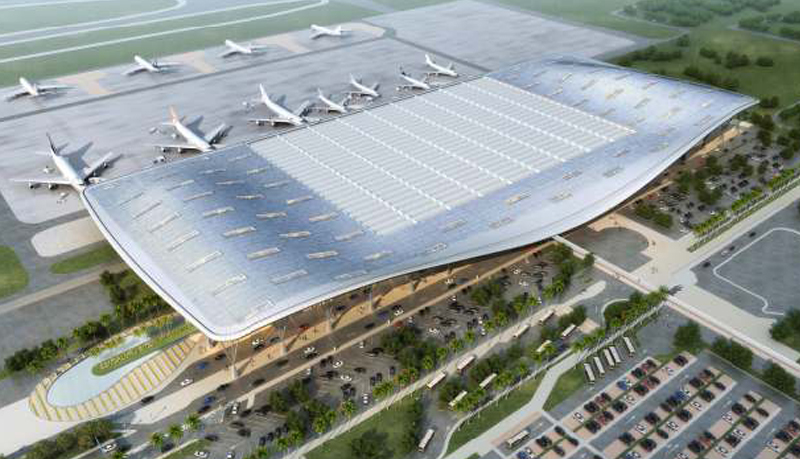 India's 'Silicon Valley' gears up for bigger and better airport

The Kempegowda International Airport, previously known as Bengaluru – BLR Airport – the gateway to the city continues to undergo major transformation.
The Bengaluru airport began operations in May 2008 and has signiﬁcantly enhanced the regional and worldwide air connectivity of Bengaluru and Karnataka.

Bangalore, also known as Bengaluru, the capital city of Kartanaka State in India is seeing unprecedented growth in
aviation industry, thanks to its thriving IT industry.

Dubbed as the “Silicon Valley” of India, Bangalore is home to some of the biggest global tech companies, including the Indian Space Research Organization. It is the country’s second fastest- growing metropolis with more than 10 million people. 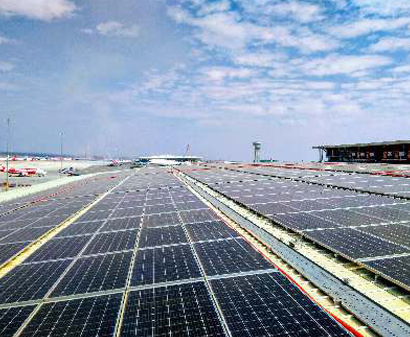 The Kempegowda International Airport, previously known as Bengaluru BLR Airport the gateway to the city continues to undergo major transformation.

In 2018, it welcomed some 33.3 million passengers and the volumes are expected to grow in the coming years with India becoming the third largest aviation market in the world. Domestic traﬃc, the airport’s main growth driver, accounted for 28.82 million passengers, while international traﬃc grew +17.5% to 4.48 million.

On August 27, 2019, the second runway of the airport moved closer to a December 5 commercial opening with the successful completion of the validation ﬂights.

The validation ﬂights by SpiceJet, Air Asia and IndiGo, certiﬁed the aerodrome navigational aids and instrument procedures as determined by civil aviation regulations.

The second runway called the New South Parallel Runway allows the landing of Code F aircraft such as the massive Airbus A-380. The 255,000 sqm terminal, second runway, will cater to all international ﬂights and Terminal 2 will have a capacity for over 45 million passengers, looking way into the future.

From April to July 2019, per Airports Authority of India (AAI), Bengaluru carried 16,65,234 international passengers up from 14,50,097 in 2018 registering a change of 14.8 per cent, while the airports of Delhi, Mumbai and Cochin showed negative growth.

Bengaluru carried 94,91,757 domestic passengers, up from 93,39,018 passengers during the period mentioned, a 1.6 per cent change. Hyderabad international airport is another airport which is doing well with regard to passenger and cargo movement.

It is said to be one of the largest infrastructure projects in the country. BIAL is undertaking a massive Rs. 13,352 crore (USD1.8 billion) capital program to cater to the demands of a civil aviation market that has been
growing at a blistering pace of 25% year on year for the last three years.

BIAL has raised Rs. 10,206 crores (USD1.4 billion) through a syndicate of banks, including State Bank of India and Axis Bank, with the project to be funded in a debt-equity ratio of 80:20. The debt would be repaid over
a period of 10 years with a one-year moratorium post completion of the project.

The Managing Director and CEO of BIAL, Hari Marar, said: “The second terminal – T2 – is our dedication to this beautiful city of Bengaluru. Designed as a reﬂection of this City, T2 will be founded on 4 pillars: technological leadership, being a terminal in a garden, environmental and ecological stewardship and a celebration of Karnataka’s rich heritage and culture.

“Of course, it goes without saying that all this will be centred on the most important element – the needs of our customers. BIAL worked with some of the ﬁnest global minds on the design and planning of this Terminal. While T2 is designed to be an iconic terminal one that Bengaluru can truly be proud of – it will be built at the most aﬀordable cost and in the most responsible manner. “The Terminal will be world-class in all respects – starting from its design, the processes, the people who
manage it, the sustainable practices it embraces and the performance it achieves.”

Marar pointed out the BLR Airport has evolved as the gateway to South India over the past 10 years and its next phase of expansion positions the airport as the main entry point to a new India.

“Once ready, the airport will oﬀer passengers seamless and delightful experiences, powered by cutting edge technology,” he added. Connecting people and cargo Bhaskar Anand Rao, Chief Financial Oﬃcer, BIAL, said the project would be a boost to the economy. “ Phase 2 of Kempe gowda International Airport, Bengaluru will provide a huge boost to the connectivity of people and goods of the state and provide the much needed capacity that a growing city like Bengaluru richly deserves. Once operational, the airport will create more opportunities for businesses at the Airport and fuel the economic growth of the region and country,” said Rao.

“Our aim has been to ensure that not only should we deliver an iconic asset of which the people can be truly proud, but also set benchmarks in the way such project is delivered – at a cost that is aﬀordable and to the highest standards of corporate governance,” he added.

Tom Shimmin, Chief Project Oﬃcer, BIAL, said once the airport’s Terminal 2 is completed, it will substantially increase its overall capacity.

“With the use of a combination of the latest in construction technology and natural material, this Terminal will establish a new vision for sustainable growth. The new passenger terminal will cater to the speciﬁc needs of the Airport’s spectrum of users and provide a seamless travel experience. This will help the B L R Airport remain competitive and stay ahead of the growth in passenger demand,” he said.

Sustainability remains a key pillar as operations at BLR Airport are conducted in a very responsible manner to ensure integrity of economic viability, operational excellence and conservation of natural resources.

With a clearly deﬁned Sustainability Policy in place, BIAL is focused on making substantial contributions to sustainable development.

“At BIAL we are committed to achieving excellence in environment sustainability. Our eﬀorts are focused on care fully managing our environmental responsibilities. In our attempt to be a role model for sustainable progress, we have made along term commitment to sustainability and community engagement that will eﬀect a change in culture,” Marar noted.

The airport is also making optimal use of natural light with minimum reliance on artiﬁcial illumination. BIAL’s other energy eﬃcient initiatives include installation of solar street lighting ; solar powered security cabins; a solar water heating system for the cafeterias.

The Bengaluru airport began operations in May 2008 and has signiﬁcantly enhanced the regional and worldwide air connectivity of Bengaluru and Karnataka. It is currently the busiest airport in South India and the third largest in India, after Delhi and Mumbai.