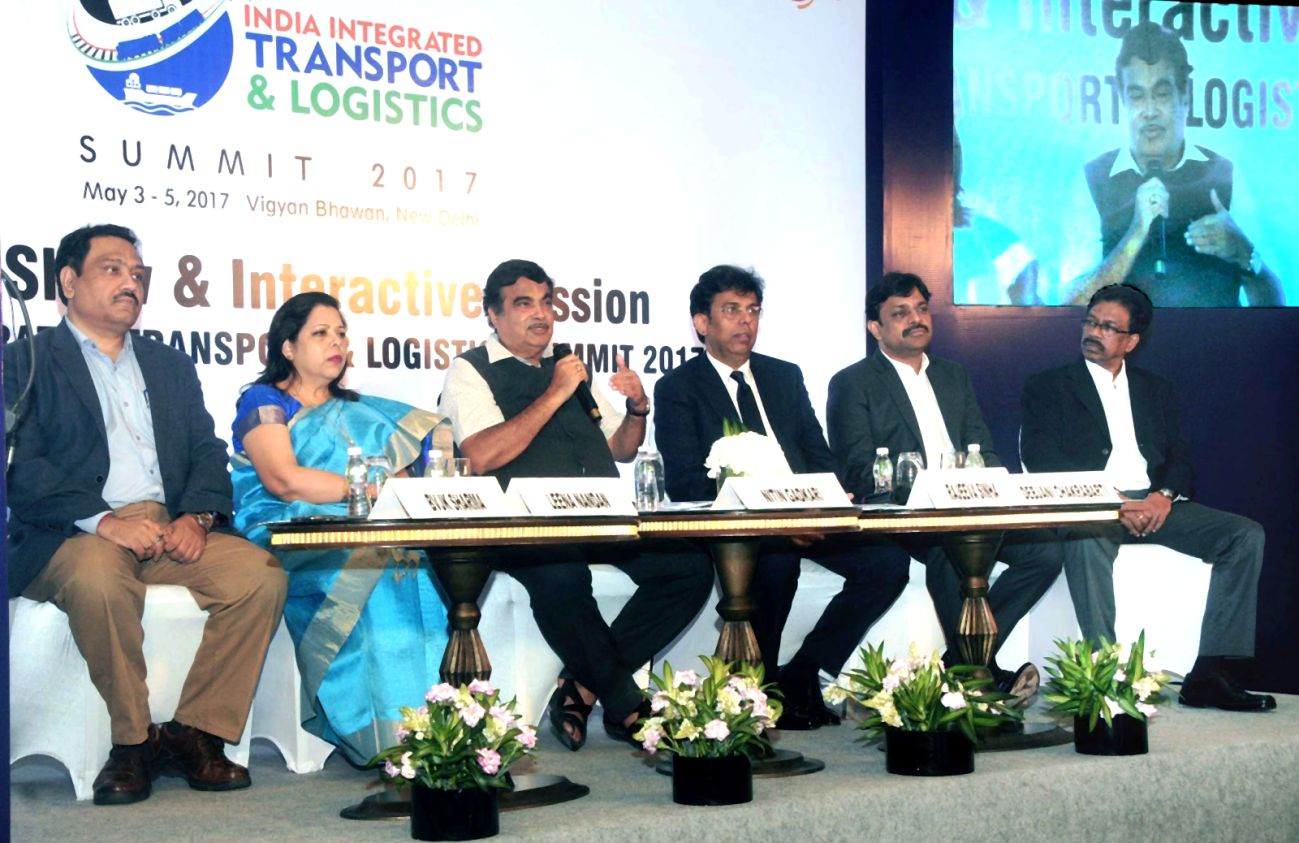 “There is an urgent need to bring down logistics cost in the country to globally
comparable rates if we hope to achieve double digit growth figures and ensure the
welfare of the weakest sections of society.”

Indian Prime Minister Narendra Modi is aggressively looking at different approaches to economic growth. One of the focal points has been to seamlessly connect India through multi-modal transportation.

The government has taken the right step in the right direction and this was reflected at the recent India Integrated Transport and Logistics Summit held in New Delhi.

The Indian Minister of Road Transport & Highways and Shipping Nitin Gadkari announced the aviation sector will now be part of the multi-modal logistics hubs in India, the best part in the government initiative.
So far, only highways, ports, inland waterways and railways were part of the multi-modal logistics hubs.
Transforming India’s logistics from a point-to-point model to hub-and-spoke model is an effort to reduce cost of logistics and ensure that multi-modal infrastructure comes up in the country in an integrated manner.
While Indian economy is growing, the high cost of logistics – currently at 14 percent of GDP – is having a negative impact. Presently, India has a very poor logistics performance index due to an unfavourable modal mix of transport and a lack of seamless intermodal connectivity.

The high logistics costs are a result of various modes of transport growing and developing in silos in an un-integrated manner. The way to go is multi-modal transport planning which is efficient, faster, safer, import substituting, cost effective and pollution free. Besides, the logistics and transport sectors have high potential for employment generation across regions.

The Minister of State for Civil Aviation Jayant Sinha also underscored the importance of cost of logistics and turnaround times when multi-modal transportation hubs were being planned.

Considering some of the models from developed countries, India has started realising that multimodal logistics parks (MMLPs) is the way to go, to bring down logistics costs while serving four functionalities – Freight aggregation and distribution; Multimodal freight transportation; Storage and warehousing with modern, mechanized space catering to different commodity groups; and value added services such as Customs clearance with bonded storage yards, warehousing management services etc.

The air cargo sector is expected to register around 9 percent growth in the next few years and with logistics parks coming up, the growth rates could be higher.

The encouraging part at the summit was the signing of 34 memoranda of understanding (MoUs) amounting to over US$31 billion in the areas of port connectivity; integrated check posts in Bihar, Uttarakhand, Uttar Pradesh, West Bengal, Manipur, access to land port in Tripura, Assam and Mizoram; development of logistics parks in Telangana, Andhra Pradesh, Karnataka, Madhya Pradesh, Assam, Gujarat, and Mizoram; Development and furthering of multi modal logistics parks in Mumbai and Bengaluru and Haryana, exploring investment opportunities in logistics sector; dredging of inland waterways; implementation of 79 port connectivity projects under Sagarmala; development of port roads to Chennai & Vishakhapatnam ports, & connectivity to airport in Navi Mumbai, among others.

Large scale investments are required to develop these logistics parks and the need to leverage industry best practices make the public-private partnership model the most viable option.

Many verticals to benefit

With such promising improvements in road, rail, waterways and air network, the benefits would be across many verticals, particularly procurement, storage & distribution of agricultural produce.

At present, due to inefficient logistics system, the losses are high in food-grains, perishables and other time-sensitive products. The need to ensure that farmers can take their produce to market in time and get better price is being felt much more now than ever.

The Minister of Railways Suresh Prabhu said that with implementation of GST (goods services tax), trade and business would grow at a faster pace. While fiscal barriers to the movement of goods have been done away with, physical barriers also need to be removed.

Indian Railways, one which has the highest rail connectivity in the world, is further enhancing investment and it has taken up electrification of routes on a war footing. Efficiency of freight terminals is being improved and three more dedicated freight corridors have been planned. Port-rail connectivity has improved with the introduction of a program called Sagarmala.

The logistics sector is going to have a cascading effect on various segments of the economy and development of skills would have to be priority. With the transport and logistics sector poised for a makeover, a number of new jobs would become available, calling for training of youth.

The Chairman and Chief Executive Officer of DP World, His Excellency Sultan Bin Sulayam, addressing the summit said that due to lack of proper storage, nearly 10,000 tons of fruits and vegetables get wasted in India.

If proper planning is done and proper storage facility and logistic infrastructure made available, this wastage could be stopped. An MoU was signed between DP World and National Investment Infrastructure Fund (NIIF) to develop projects spanning the port and logistics sectors including opportunities under the Sagarmala initiative, the Dedicated Freight Corridors and Logistics infrastructure aimed at reducing agriculture produce losses.

The India Integrated Transport and Logistics Summit is envisaged as a platform for all stakeholders in transport and logistics sectors to come together and initiate collaborative partnerships to realize the various greenfield and brownfield opportunities in logistic parks, freight corridors and IT solutions.

The Ministry of Road Transport and Highways (MoRTH) had undertaken a study, called the Logistics Efficiency Enhancement Programme (LEEP), which has identified four key solution themes to improve the state of logistics in India.

Taken together, these initiatives are expected to reduce India’s logistics costs and bring them closer to the accepted global benchmarks from the current high levels of 13-14 per cent of the gross domestic product (GDP).
The Ministry plans to develop 35 Multimodal Logistics Parks (MMLPs) in India which will cater to 50 percent of the freight movement, enable 10 percent reduction in transportation costs and -12 per cent reduction in C02 emissions. Land parcels have been identified and pre-feasibility studies initiated on six of these locations.

The government is also working to formulate a uniform policy for the development of MMLPs.

Indeed, there is a lot happening on the ground and now air has also been included. Once these initiatives fall in place, India’s economic growth is expected to soar. The way to go is seamless connectivity.