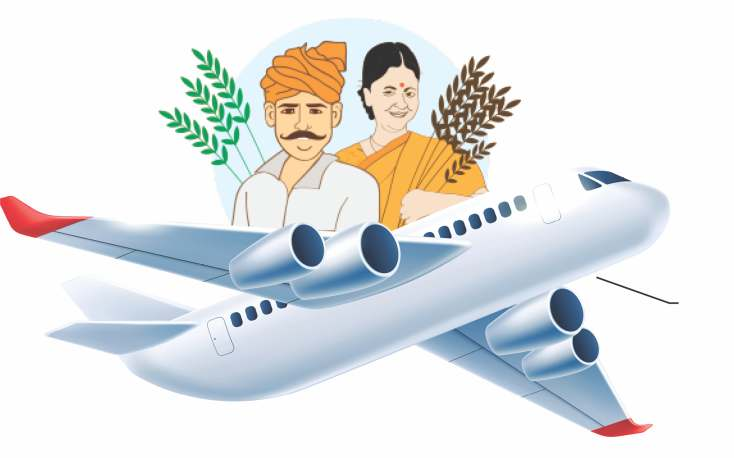 About 60% of India’s nearly 1.3 billion people live on less than $3.10 a day, the World Bank’s median poverty line. And close to 190 million Indians are still undernourished despite adequate food production. Against this backdraft, the country also struggles to save nearly 40% of agricultural products it produces every year blamed on broken food systems and inefficient supply chains.

Nearly 40% of the food produced in India is wasted every year due to fragmented food systems and inefficient supply chains, according to the Food and Agricultural Organization which pointed out that the loss occurs even before the food reaches consumers.

According to estimates, 16% of fruits and vegetables with short shelf life are wasted due to insufficient cold storage facilities. A report of the United Nations mentions that nearly 190 million Indians remain undernourished despite adequate food production. 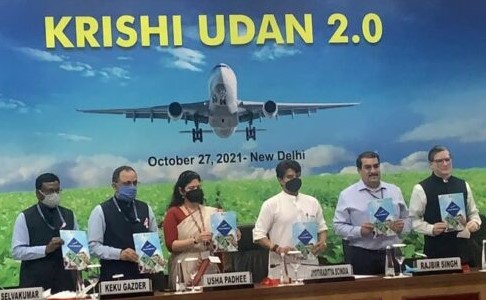 The gravity of this situation is now being understood by the government and some steps have been initiated, albeit getting implemented gradually. The need to step up is what is required. One of the initiatives the government has rolled out is ‘Krishi Udan’ (Krishi is agriculture and Udan is flight).

The Krishi Udan Scheme was launched in August 2020 on international and national routes to assist farmers in transporting agricultural products so that it improves their value realization. Krishi Udan 2.0 was announced in October 2021 enhancing the existing provisions, mainly focusing on transporting perishable food products from the hilly areas, North-Eastern States and tribal areas.

Under the scheme, facilitating and incentivizing movement of agri-produce by air transportation by full waiver of Landing, Parking, Terminal Navigational Landing Charges (TNLC), and Route Navigation Facility Charges (RNFC) for Indian freighters and Passenger to Cargo (P2C) at selected airports of the Airports Authority of India, have been included.

The objectives are to increase the share of air in the modal mix for transportation of agri-produce, which includes horticulture, fishery, livestock & processed products. To achieve better convergence on various components catering to the development of sustainable and resilient agri-produce value chains across various schemes of the Central and State Governments and their associated agencies as well as the resources committed by the private sector to improve supply chain competitiveness by: 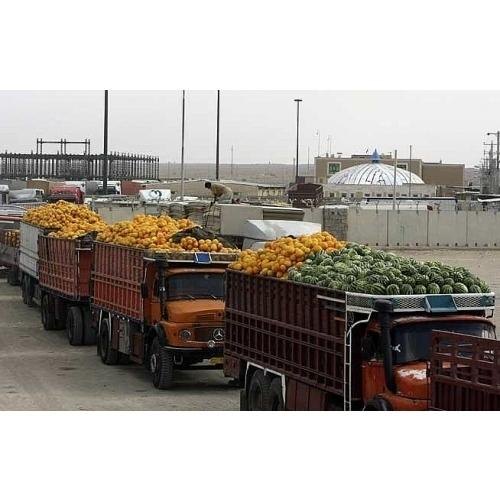 The Ministry of Civil Aviation is setting up terminals in Leh, Srinagar, Nagpur, Nashik, Ranchi Bagdogra, Raipur and Guwahati. It has selected 53 airports to be covered under the Krishi Udan 2.0 Scheme which will be majorly operated by the Airports Authority of India. Along with these eight domestic and international trade routes will also be started and the routes include Amritsar-Dubai to transport baby corn, Darbhanga and the rest of India to transport Lychees and Sikkim and the rest of India for organic produce.

The Central government is also working towards setting up a trade route between Chennai, Vizag and Kolkata and East Asian countries to transport seafood. Other routes include Agartala-Delhi-Dubai for pineapple; Dibrugarh-Delhi-Dubai for Mandarin Oranges and Guwahati to Hong Kong for pulses, fruits and vegetables.

The Ministry has asked states to reduce sales tax on aviation turbine fuel (ATF) to 1 percent for airlines under Krishi Udan 2.0 Scheme. The ministry along with AAI has setup up a hub and spoke model at Agartala, Srinagar, Dibrugarh, Dimapur, Hubbali, Imphal, Jorhat, Lilabari, Lucknow, Silchar, Tezpur, Tirupati and Tuticorin.

In 2022-23, the Ministry will develop a hub and spoke models to transport perishable products in Ahmedabad, Bhavnagar, Jharsuguda, Kozhikode, Mysuru, Puducherry, Rajkot, and Vijayawada. In 2023-24, Agra, Darbhanga, Gaya, Gwalior, Pakyong, Pantnagar, Shillong, Shimla, Udaipur and Vadodara and in 2024-25, Holangi and Salem will be covered.

The ministry will also develop an online portal E-Kushal to facilitate information on Krishi UDAN 2.0, which has its main objective of giving farmers wings by improving the value of realization of agri-produce.  Under the scheme, which is path breaking, subsidized fairs would be provided to farmers and delivery of agri-produce, subsidy applicable on national and international routes.

Jyotiraditya M. Scindia, Union Minister of Civil Aviation, said: “Krishi UDAN 2.0 is an example of this government’s collaborative approach towards policy making. This scheme will open up new avenues of growth for the agriculture sector and help attain the goal of doubling farmers’ income by removing barriers in supply chain, logistics and transportation of farm produce.”

The Union Minister said, “We want to take the Anndata to the highest level, by adopting the model of A2A – Agriculture to Aviation. The convergence between the two sectors is possible because of 3 primary reasons – Evolutionary possible use of biofuel for aircraft in future, use of drones in agriculture sector, and due to greater integration and value realisation of agricultural products through schemes like Krishi UDAN.”

This laudable scheme is picking up and the NDA government over the last few years has made farm produce storage a big focus area. A Rs 6,000-crore kickstart project called Sampada a national scheme to develop an integrated supply cold chain for agricultural products is being implemented involving public and private players.

The Food Corporation of India (FCI), which runs the store houses that form the backbone of India’s extremely critical food security program, said efforts are on to bring down further the amount of food grain wasted each year in FCI storages. FCI had commissioned a study by the Indian Council of Agricultural Research (ICAR) to suggest scientific methods to improve storage facilities to reduce wastage.