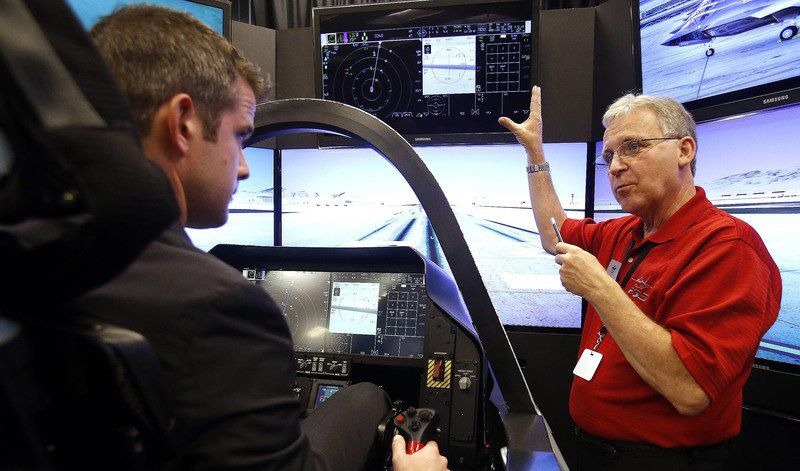 Illinois a leader in aerospace and aviation technology

Illinois’ aerospace cluster is centered around the northern and northeastern portion of the state. The Rockford area alone has more than 70 companies in the aerospace supply chain, employing 7,000 people, says the Illinois Department of Commerce and Economic Opportunity.

If you include Chicago and southeastern Wisconsin, “there are more than 200 companies in the aerospace cluster, including giants such as AAR Corp., Northrop Grumman and Boeing,” DCEO says.

Illinois is home to prime contractors and subcontractors that together supply the U.S. military, NASA, Boeing, Airbus and smaller airplane manufacturers with numerous systems and components.

In fact, it’s been estimated that there’s no commercial jet in the air today (apart from those made in Russia) that does not have Illinois-made parts and systems on it.

“Over time we have built the ecosystem here, with companies that planted their roots here long ago and have adapted to the changing technologies successfully,” says Patel.

In 2016 Woodward, founded 147 years ago in Rockford, built a $300 million factory to manufacture jet engine fuel systems that can be found on most jets. The new, 440,000-square-foot plant, which is gearing up to employ more than 1,000 people, is the company’s second in Loves Park. The first one, built in 1941, continues to operate.

The northern Illinois aerospace ecosystem of companies is recognized as having “solid research and development, staying ahead of the competition from around the world,” Patel said. “If you continue doing that, you’ll continue to be relevant and strong,” he said, adding, “as long as we don’t get complacent.

“Customers are looking for continued innovation, quality improvement and cost reduction. If you rest on success, you begin to decline.”

Illinois parts are in outer space, too.

Precision gears made by Roscoe’s Forest City Gear are working today on the surface of Mars.

In 2013, NASA’s $2.5 billion Mars Curiosity Rover was the first robot to drill into the surface Mars to find evidence of wet environmental conditions in the distant past.

Forest City Gear also produced gears for the Spirit and Opportunity Rovers that landed on Mars in 2004. The firm’s parts are also on the International Space Station.

Rockford’s UTC Aerospace helped design and build the space shuttle for NASA, and has made torpedoes for the Navy for decades. The firm also built a $50 million testing facility for the Boeing 787 Dreamliner, and has been a key subcontractor for Boeing. It employs nearly 2,000 people in Rockford.

Boeing, one of the world’s largest corporations, moved its corporate headquarters from Seattle to Chicago in 2001. The company is in a 36-story building at 100 North Riverside Plaza in the West Loop.

In addition to aviation manufacturing, Illinois’ airports provide jobs for 337,419 people, either directly or indirectly, according to an Illinois Department of Transportation study. Altogether they earn $12.8 billion.

From commercial airlines that serve 11 Illinois airports to the variety of general aviation services found throughout the state, the aviation industry creates more than $40 billion in economic activity, according to IDOT.

Illinois also boasts one of the world’s busiest airports, Chicago O’Hare, which in 2016 handled 867,635 flights, according to the FAA. Chicago Midway handled 253,046 flights during the same year.