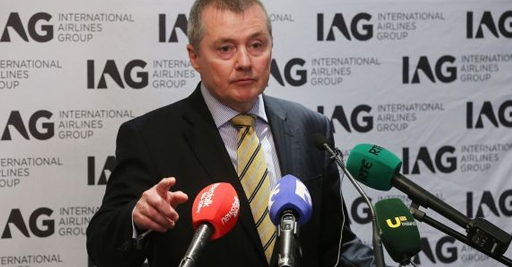 IAG’s chief executive puts off retirement for the time being

International Airlines Group (IAG) is taking drastic measures to weather the coronavirus crisis but will stop short of asking governments for financial assistance, as rival businesses have done.

The group, which owns British Airways, will cut capacity by “at least 75%” until May and IAG’s chief executive Willie Walsh will defer his retirement, meaning Luis Gallego will remain Iberia’s chief during the crisis.
IAG has already heavily reduced capacity on Asian routes, cancelled flights to Italy and seen its lucrative North Atlantic routes come under threat from a US travel ban on Europeans.

Walsh said that he expects demand to “remain weak until well into the summer”. He said: “IAG is resilient with a strong balance sheet and substantial cash liquidity.”

Gallego meanwhile has been asked to continue in his role at Iberia for the next few months to lead the response in Spain.

Walsh insisted that IAG had not followed individual carriers in asking governments for financial assistance.

Rival Virgin Atlantic appealed to the UK Government to support the industry with around $6 billion of emergency credit to boost confidence. EasyJet, which along with Ryanair has grounded most of its flights, has also requested assistance.

But Walsh said at a briefing that airlines should look at ‘self-help’ before asking for state aid.