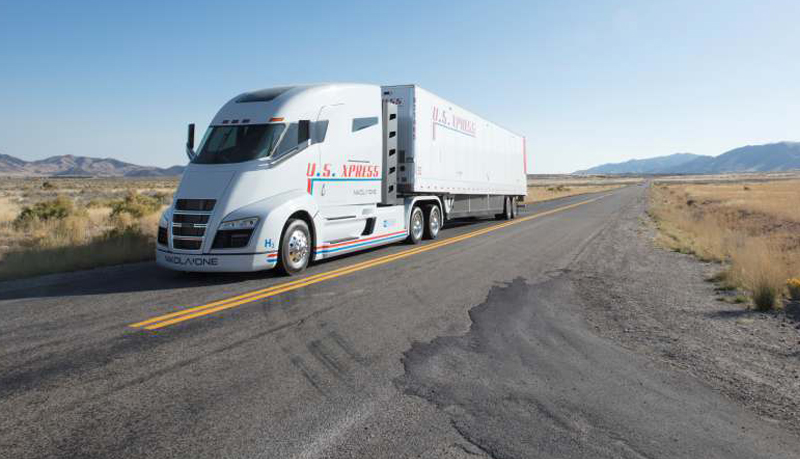 Hydrogen-powered trucks: Is it the future?

Electric powered trucks and other vehicles are gaining more momentum amid a quest for a more environment-friendly global transport industry. In Europe, more and more diesel-powered freight trucks are gradually converting to hybrid or electric-powered engines.

In the United States, hydrogen-powered trucks could be the future to achieve the country’s zero- emissions mandate over the next decades.

The Arizona-based Nikola Motor Company, a startup company founded in 2014 in Salt Lake City, Uttah by self-made young entrepreneur Trevor Milton, is leading up this emerging new breed of trucks with pre-orders of 14,000 valued at billions. Its ﬁrst biggest client, beer-maker Anheuser-Busch, ordered 800 class 8 zero-emisssion trucks as part of its sustainability strategy. The trucks are due for delivery in 2020.

Nikola Motor says Hydrogen fuel cells have been powering space shuttles since the early 1960’s and that NASA has funded more than 200 research contracts exploring fuel cell technology, bringing it to a level now viable for the private sector. In all, Hydrogen has more than 80 years of industrial use as a nonirritating, nontoxic and noncorrosive source of energy.

The company says the Heavy Duty fast-fueling with hydrogen it is developing with an industry consortium has a unique HD Hardware, standardized to ﬁll in less than 15 minutes, similar to diesel today.
“With an estimated range of 500- 750 miles (1,200+km) between ﬁll ups, you can take the Nikola Truck as far as diesels and more than twice the distance of comparable battery only vehicles. With the Nikola Trucks and our Hydrogen Fueling Station Network, there is no need to worry about range.

“Heavy Duty Fuel Cell Trucks produce no emissions (only water). The Hydrogen fuel can be produced from a variety of renewable sources. Nikola will utilize solar power at our stations supplemented with grid power.
“Hydrogen is 14x more buoyant than air and dissipates and escapes more rapidly than any other fuel, so in the unlikely event of an accident, hydrogen will instantly rise high into the air and disperse out of harms way.”
Grant to advance the research

In August, the U.S. Department of Energy awarded the Phoenix company a $1.7 million grant to advance its research. “This award provides an opportunity for the highly talented Nikola team to leverage expertise in academia and exceptional resources within the DOE Fuel Cell Consortium for Performance and Durability to accelerate a breakthrough that will beneﬁt the entire hydrogen and fuel cell industry and community, ” said Jesse Schneider, executive vice president,

In this project, Nikola will bring together advanced concepts in catalysts, ionomers, proton exchange membranes, and gas diﬀusion layers within a robust MEA by using appropriate, scalable fabrication methods.

Nikola’s hydrogen station partner NEL Hydrogen of Oslo, Norway was also awarded US$2 million award from the DOE. Nikola executives are serving as the technical lead on that project as well.

There are currently more than 14,000 Nikola class 8 trucks on order. The Nikola trucks feature up to 1,000
horsepower and 2,000 ft-lbs of torque. Nikola recently announced a battery-electric vehicle option for the urban, short haul trucking market. Nikola’s trucks will be manufactured in Coolidge, Ariz. Testing will begin on Arizona roads this year with full production expected in late 2022.

A peek to the future

Nikola Motor unveiled the trucking industry’ s hydrogen- powered vehicles of the future in April at the Nikola World even the l d a t WestWorld of Scottsdale.

“We want to transform everything about the transportation industry,” said Milton. “With Nikola’s vision, the world will be cleaner, safer and healthier.”

The ﬁrst product unveiled was the autonomous capable Nikola Reckless, the military all-terrain vehicle that was driven on stage via remote control.

“With virtually no sound and no heat signature, the Reckless provides new meaning to stealth and is defying all standards,” said Andrew Christian, Nikola Powersports vice president of business development and defense. “We believe all military vehicles will transform to battery electric and hydrogen fuel cells in the future.” 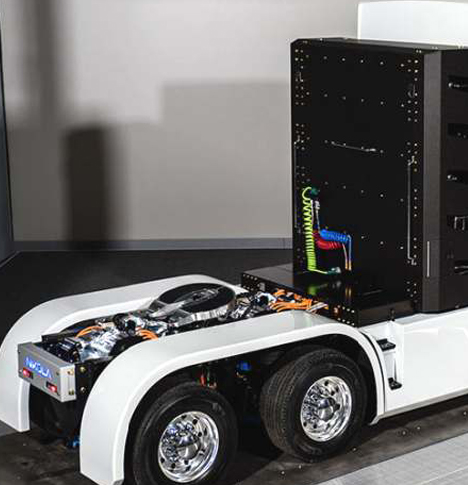 “The technology and platforms we are developing are mutually beneﬁcial helping us leverage speed to market and scale,” said Erickson. “With our powersports products, you have an experience that is safer with precise control and a near silent ride that heightens your senses.”

Milton and Erickson the n introduced the redesigned NZT. Attendees at the event will be able to ride in the NZT Oﬀ-Highway Vehicle (OHV) on a closed course track at WestWorld on Day Two of Nikola World on April 17.

Then, for the ﬁrst time, Nikola World attendees saw the Nikola Water Adventure Vehicle (WAV) concept which has been teased for some time and is now a reality. Jordan Darling, vice president of Nikola Powersports and an industry pioneer in the electriﬁcation of personal watercraft, said “We at Nikola are creating the world’s ﬁrst ” wake board ” architecture, which enables us to push the limits in design and propulsion.”

“Nikola is bringing zero-emission sustainability and technology to the water,” added Milton. “With WAV, you can feel the rush of power and acceleration in your chest, with the sound of the water and breeze in your ears. It’s zero impact and pure fun,” Darling added.

Nikola’s Executive Vice President of Hydrogen Jesse Schneider, discussed Nikola’s hydrogen fuel cell vision. The vision consists of the world’s ﬁrst purpose-built fuel cell Class 8 truck, enabling more hydrogen storage, optimized placement of the powertrain, and a robust 70MPa hydrogen fueling network. “We recently opened our ﬁrst hydrogen station at our Phoenix headquarters. We are leading the way and working with industry and other OEMs to develop hydrogen standards to enable fueling in less than 15 minutes. The goal is safety and interoperability, so that anyone can fuel at our station. This is a big deal,” he said.

For the European market, Nikola President Mark Russell and Milton unveiled the never-before-seen Nikola Tre with its clean, contemporary design. “With a range between 500 and 750 miles depending upon load, this gorgeous vehicle will have fast hydrogen fueling in under 15 minutes, even in Europe,” said Russell. “Think about Europe with no more diesel trucks,” said Milton. “The roads will b e clean, quiet and beautiful.”
All of the Nikola products have been built for the future with autonomous driving hardware in place.

At the conclusion of the night, Milton reﬂected on the small, but mighty, team that started Nikola ﬁve years ago in his basement with an idea. “ We now have ﬁve products in development that will change transportation for the better,” he said.

Nikola envisions to build 700 hydrogen stations across the United States by 2028. 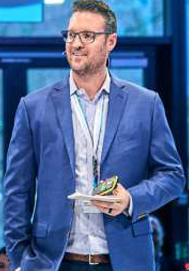 Trevor Milton is an epitome of success by any standards. He believes in possibilities and opportunities & technology as the future.

The founder of Nikola Motor Company never finished college but went on to build a successful business career, including setting up five startups. One of which was dHybrid Systems LLC, a natural gas storage technology company which was acquired by America’s largest steel providers, Worthington Industries, Inc.

The 36-year-old Milton, a Mormon, credits his family for encouraging him to become the best that he could possibly be despite the odds. He lost his mother at an early age from cancer but that tragic family crisis built his character and his dreams.

“[I] had to learn to survive as a family with a mother who was bedridden and a father who had to go to work 4-5 hours away. It was very tough, the toughest time of our lives, but I wouldn’t trade it for the world , ” Milton told www.trucking.com recalling his early life with his brother and three sisters.

Milton, a Mormon, spent 18 months in Brazil as a missionary before moving to Puerto Rico to study Spanish. He formed his first business in 2003. Before Nicola was formed, he spent the last 7 years in the class 8 truck industry, focusing on recalibration of diesel engines and emissions, then moving into storage of high pressure natural gas & hydrogen.

Milton is also the author of several patents and has helped advance green technologies through his years of industry experience.