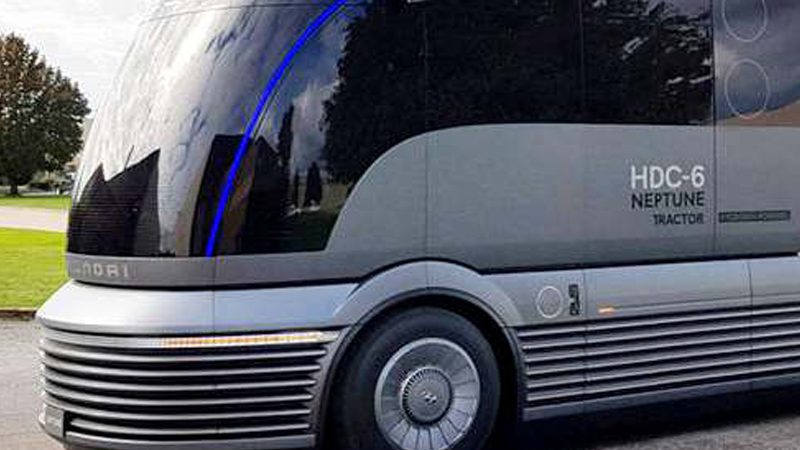 Hyundai Motor, along with H2 Energy, will sell 1,600 fuel-cell commercial trucks in Switzerland between 2019-2023. The debut of its latest electric truck yundai Motor Company’s HDC-6 NEPTUNE, the hydrogen-powered fuel cell heavy duty electric truck with futuristic design, was a scene stealer when it debuted at the North American Commercial Vehicle Show in Atlanta in October 2019.

It has a catchy name which Hyundai says was taken from the Roman God of the seas, Neptune, symbolizing the hydrogen powered natural elements of the sea—the largest potential source of hydrogen fuel on earth. 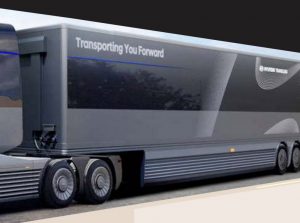 It has a catchy name which Hyundai says was taken from the Roman God of the seas, Neptune, symbolizing the hydrogen powered natural elements of the sea—the largest potential source of hydrogen fuel on earth.
With sleek design taken from the streamliner railway trainsets of the 1930s with Art Deco function-driven style which pioneering

20th century industrial designer Henry Dreyfuss applied in his design for the New York Central Railroad at the time, this zero carbon emission fuel cell truck also embodies the future with aerodynamic wheel covers and a seemingly robotic vibe, looking bold and iconic at the same time.
HDC-6 NEPTUNE employs this inspired function driven design, with new ways to combine both form and function to create an entirely unique new solution within the commercial vehicle industry, while oﬀering a holistic global approach. 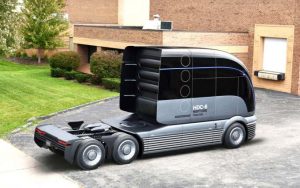 “The fuel cell powertrain gave us the opportunity to redeﬁne the classical typology & architecture of the truck. The Hyundai Commercial Vehicles Design Team started with a white sheet of paper focusing on the new deﬁned functionality resetting all standards in order to project commercial vehicles in the future,” said Luc Donckerwolke, Chief Design Oﬃcer of Hyundai Motor
Group. 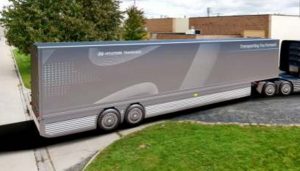 “With the introduction of HDC-6 NEPTUNE, in addition to the road proven Xcient fuel cell truck, we expand our technology leadership into the commercial vehicle sector by unveiling our vision of how fuel cell electric trucks can resolve the environmental equations of widely used commercial vehicles and our commitment to create a decarbonized society.”

Hyundai said the concept continues the company’s leadership in moving to a decarbonized society and the advancement of zero- emission vehicles and noted that the future truck will add to their success in commercial vehicles, which are already sold in 130 countries around the world.

Hyundai is a global leader in fuel cell technology. In 2013, it launched the ﬁrst mass-produced and commercially available fuel cell electric vehicle. In 2018, it launched the dedicated FCEV, NEXO.
In December 2018, Hyundai invested USD 6.4 billion to accelerate the development of a hydrogen society, looking 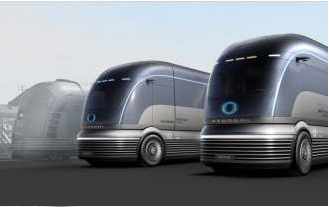 beyond passenger vehicles. And in 2019, the company announced key investments into three hydrogen companies – Impact Coatings, H2Pro and GRZ Technologies – to strengthen its leadership position in the global hydrogen fuel cell ecosystem.

The strategic investments come at a time of heightened demand for fuel cell technology. The collaboration with industry leading players will enable Hyundai to expand its hydrogen infrastructure and enhance the eﬃciency of its fuel cell electric vehicle (FCEV) manufacturing.

“Our investment in these innovative companies will reduce the production cost of FCEVs and enhance the safety and aﬀordability of hydrogen infrastructure,” said Youngcho Chi, President and Chief Innovation Oﬃcer at Hyundai Motor Group. “We hope to accelerate the widespread adoption of hydrogen technology by making FCEVs more accessible for our customers.”

Impact Coatings AB is a leading supplier of PVD (Physical Vapor Deposition) based coating solutions for fuel cells, oﬀering coating materials, machines, and services. The Swedish company’s ceramic coatings are cost-eﬃcient substitutes for precious metals used in fuel cell production. Under the new joint development agreement, Hyundai and Impact Coatings will jointly research and develop a new generation of materials, processes and equipment for a variety of applications, including fuel cells and hydrogen production.
H2Pro is an Israeli startup that developed the E-TAC (electrochemical, thermally active chemical) water splitting technology, which is eﬃcient, aﬀordable, and safe. H2Pro’s technology will allow Hyundai to lower the cost of hydrogen production, which will in turn reduce the price of hydrogen for customers. This marks Hyundai’s second investment into the startup since Hyundai CRADLE Tel Aviv ﬁrst announced the partnership in November 2018.
GRZ Technologies is a company based in Switzerland specializing in energy storage in hydrogen form. Its technology stores hydrogen more safely at lower pressure with higher density, while its proprietary compression technology is also more aﬀordable. Hyundai’s agreement with GRZ will accelerate the company’s eﬀorts to commercialize hydrogen infrastructure for greater accessibility to customers.

At the North American Commercial Vehicle Show in Atlanta, Hyundai Translead (HT) also unveiled its eco-friendly, high-performance refrigerated concept trailer solution, the HT Nitro ThermoTech. The tractor-trailer combination provides a window into the future of the transportation in the US and around the world.

The HT Nitro ThermoTech concept trailer is optimal for transporting cold chain products. Temperatures are reduced more quickly than a traditional refrigeration unit and maintained with precise control of desired temperatures.
Its intelligent control system and independent cooling power maximize thermal eﬃciency. It is not aﬀected by outside temperatures and maximum power is always available, even when the truck’s engine is oﬀ or idling.
The HT Nitro ThermoTech concept trailer cooling unit is virtually noiseless which signiﬁcantly reduces noise pollution for drivers as well as at the point of deliveries. This is a signiﬁcant advantage for night-time deliveries in urban and suburban neighborhoods where noise can be distracting.

Headquartered in Seoul, Hyundai Motor Company was established in 1967 in South Korea. It is the third largest vehicle manufacturer in the world with more than 4.5 million vehicles sold globally. The company is under the umbrella of Hyundai Group which also includes Kia Motors and Genesis Motor.