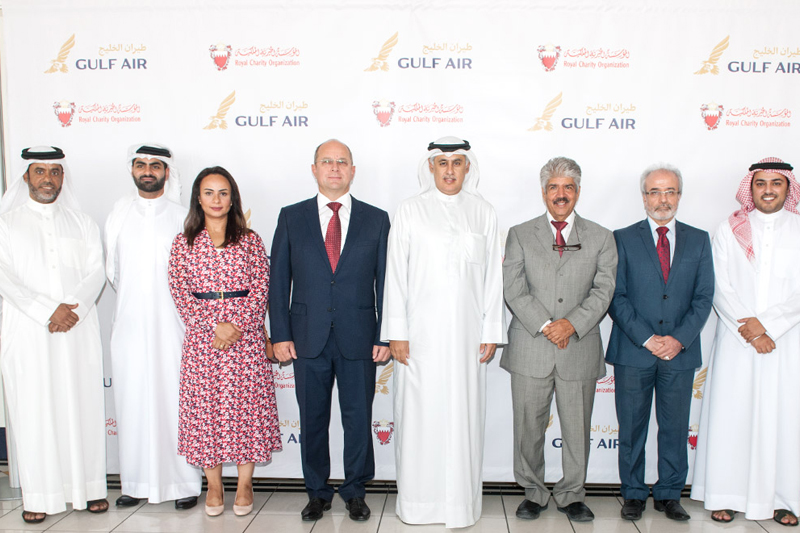 Gulf Air, the national carrier of Bahrain, has launched a key initiative in co-operation with the Royal Charity Organization that permits all passengers to donate coins or notes of any currency onboard its flights for the RCO.

Zayed R. Alzayani, Minister of Industry, Commerce and Tourism and Chairman of Gulf Air’s Board of Directors and Dr Mustafa Al Sayed, Secretary-General of the RCO on board its flight from Bahrain International Airport to London Heathrow launched the project.

This initiative is aimed at activating social responsibility and allowing passengers to participate and contribute to charitable work, said the national carrier in its statement.

Alzayani praised the Royal patronage of His Majesty King Hamad bin Isa Al Khalifa, who is also RCO’s Honorary President, and His Majesty’s attention and patronage of charitable and humanitiarian work inside and outside the kingdom, it stated.

He also praised the efforts of Sheikh Nasser bin Hamad Al-Khalifa, the chairman of the Board of Trustees of the RCO, and his role in the charity scene to provide a better life for all.

Alzayani acclaimed the spectrum of charitable and humanitarian activities of the Royal Charity Organization and confirmed Gulf Air’s commitment in giving back to the community and in contributing to such initiatives driven by RCO for Bahraini orphans.

On the noble initiative, Dr Al Sayyid said this co-operation comes within the community partnership program to provide support, care and opportunities to orphans.

“Donations will be allocated to support health and education programs for the underprivileged families and children,’ he noted.

Mohammed Salahuddin, one of the passengers on the said London flight, was the first person to make donation.

He expressed his admiration to the project and wished success to both parties in this collaboration.
The Gulf Air-RCO donation project is being held for the first time in Bahrain and promotes the principle of community partnership to encourage travellers to donate excess money change by placing it in special envelopes that are located in seat pockets onboard Gulf Air flights.