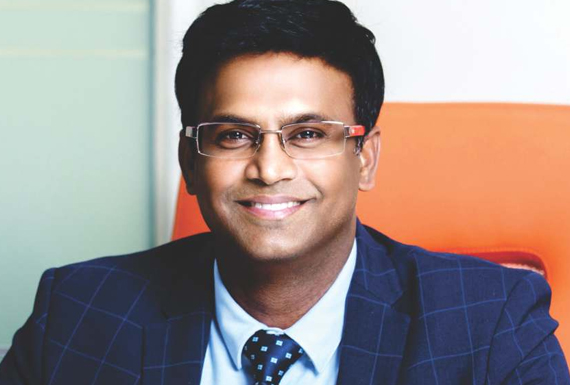 In less than a decade, the company has firmly established a foothold in the highly competitive air cargo industry, increasing its freighter fleet from 4 to 7

The global air cargo industry grew by 3.8 percent in 2016 but it remains exceptionally challenged with issues on over capacity, security, political instability and a slowdown on world trade. 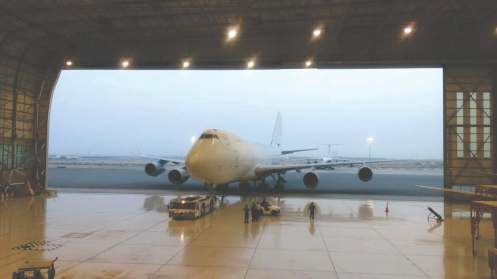 The International Air Transport Association (IATA) says strong growth was reported on cross bordere- commerce and pharmaceuticals, which could continue to offer opportunities for the air freight industry in 2017 and beyond.

“Looking ahead it remains unclear as to whether the recent momentum for air cargo is a start of a sustained, stronger growth trend or a potential false dawn. There are a number of competing drivers. On the one hand, the industry is reporting strong growth in areas such as cross border commerce and pharmaceuticals, which are expected to continue to offer opportunities for air freight in 2017 and beyond,” IATA says in its December 2016 market analysis.

“On the other hand, though, wider weakness in world trade conditions remains an ongoing concern. Moreover, the recent pick-up in populist and protectionist political rhetoric means that we may now have passed ‘peak trade openness’, which is likely to reduce tailwinds for global trade and air cargo in the years ahead,” it added.

Industry experts say the first quarter of 2017 brought in promising figures for a sustained upward trend. And the nonprofit group IATA is also optimistic the air freight sector will post at least a 5.5 percent growth this year with the e-commerce boom.

Rising above the challenges

But for some companies like Global Services Solution FZCO (GSS Aero), tough times are no barrier to rake in profits and propel growth where oppor-tunities are likely to be made. The company, which specializes in ACMI and charter flights out of its hub in the UAE, consistently posted 20-25 percent growth for three consecutive years now ending in 2016.

“We had been growing consistently in the last three years at an average 20-25% and in 2016, we performed exceptionally well with sales
turnover of AED142 million,” Shekar Gunasekaran, founder and CEO of GSS Aero, told Air Cargo Update. The company also expanded its
services this year with the launch of the VIP passenger charter department.

“This year, we started our VIP passenger charter department to cater to our regular customers. Despite stiff competition from wellestablished players in the market, it’s showing good results less than a year since being introduced,”
Gunasekaran shared and expressed optimism that with the core strength of the company’s staff coupled with his partners’ support, the venture will also be successful.

Though relatively new in the market, GSS is run by well-experienced industry proffessional whose collective ideas and strategies make
a difference.

Add to that is the company’s huge investments on assets that speed up the freight process and ensure unmatched reliance on delivering
goods on time, practically anywhere in the world.

Gunasekharan said with acquisition of three more planes, their fleet would be beefed to seven freighters.

“We are an asset-based company. We currently own four freighters in our fleet and will add another three planes this year to our growing fleet to cater to the growing charter market in the region. In addition, we also have long-term contracts with various customers that allow us to operate our freighters extensively in the region to cater to South Asia/Iraq/ Somalia and African market on a regular basis depending on customer’s flexibility,” he said.

For the most part, GSS is known for ACMI and charter brokering, a highly-competitive specialization in the air cargo industry with only the
most stable companies managing to survive.

Gunasekaran agreed saying he has seen a number of companies charter brokers declined, preferring those on with known reliance
professionalism as clients.

Apart from GSS’s growing assets, it also has well-trained and highly professional staff who can deal with clients any time of the day to solve problems.

GSS clients include some of the biggest and well-reputed in global trade such as Rus Aviation, Chapman Freeborn, WFP, KTZ Express, SFS,
Fast Logistics, Flying Carpet, UPS, Kuehne Nagel, among others.

“These customers are with us for several years and contribute to our growing success” said Gunasekaran.

To date, GSS has 23 staff in the UAE; two in Houston, and; 11 in Moldova. All of whom are extended appropriate trainings to keep up with
the needs of the industry.

Gunasekaran said their staff work as a team are continuously encouraged to learn new things for their professional benefits. 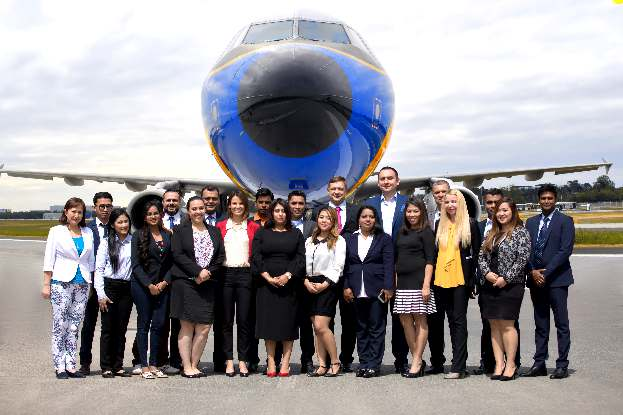 “We believe in our staff strength and consistently encourage them to elevate to next level within the organization and provide support /
encourage-ment to them in professional and personal level,” he said.

Vision 2017 and beyond With solid financial footing and an astute management, GSS is now embarking on overseas expansion plans, to further widen its international presence among potential clients. It is also buying three more B747 freighter planes. On top of that, the company has just opened its new office in Houston, Texas and is now on the final stage of setting up similar offices in Hong Kong and Europe.

“Year 2017 is very important in the history of GSS since we have already opened office in Houston, USA and in addition, we will be taking delivery of our first B747-400F freighter followed by 2nd and 3rd aircraft in the month of Sept and Oct 2017. We are also in the final stage to open office in Hong Kong and have European AOC,” said Gunasekaran.

A well-reputed executive in the industry, Gunasekaran says his vision is to make GSS a global brand known for its one stop cargo
services.

“We have strong presence in the
UAE market and would like to brand our company as one stop destination for all charter requirements since our company is unique because of the wealth of experience our directors have in all fields of sales, operations, engineering, aircraft management, ground handling and flight support service. In the coming years, we would like our company’s presence felt in Far East, Europe,the Middle East and to a great
extent in North & South America,” the GSS founder & CEO said.

And like others, Gunasekaran is also upbeat about Dubai hosting the World Expo 2020. The event is largely seen to fuel economic activities in many fronts, including aviation and logistics.

“It’s very important not only to our industry but in totality since this automatically increases the volume of logistical business in coming years and have positive impact in our charter department to import some urgent project cargo to UAE from various part of the world,” he said. “We expect the cargo industry to see substantial growth in light of Expo 2020.”

Steering the wheel for GSS Aero is the pragmatic and enterprising Shekar Gunasekaran, the company’s founder and chief executive officer.
Born and raised in eastern India’s Chennai, the physics graduate Gunasekaran began his career in the aviation industry in 1990 with the
Pakistan International Airlines. He later joined Russia’s Aeroflot, where for the most part, he dealt with charter flights for large pharmaceutical companies transporting goods to Russia and CIS.

In 2003, Shekar relocated to Dubai to join Hellmann Worldwide Logistics where he made a name for himself by “winning big contracts.” This dramatically changed his reputation in the industry such that by 2009, he managed to set up GSS.

By 2012, GSS acquired its first aircraft. Today, its fleet will soon be made up of seven freighters with the acquisition
of three more B747 this year.