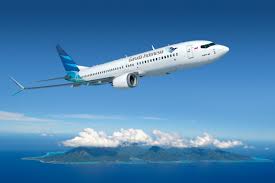 Garuda Indonesia is now seeking to boost its cargo market that has so far not yet been optimized due to its focus on the passenger market.

The company’s President Director, M Arif Wibowo, said that he would target a 20% contribution from cargo to the company’s total income.

“We hope we can rely on cargo for up to 20 percent. Right now it’s still below 10 percent,” he said.

“Later, we will be able to not only to serve port-to-port but also door-to-door,” he said.

To realize this, cooperation in the form of joint operations or joint ventures would have to be built with PT Pos Indonesia, Arif noted.

He said the airline could also consider cooperating with international companies.

Arif said the airline’s biggest international cargo markets are Shanghai, Japan and Europe, which could reach 13 to 15 tons per day.

Regarding the aircraft being used for the service, Arif said he would not procure specialized cargo aircraft yet, but would initially make use of the belly cargo service.