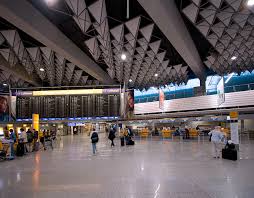 Frankfurt Hahn Airport has a new customer: Since August the latvian cargo airline RAF Avia has been flying regularly from Frankfurt-Hahn Airport and has now stationed a second aircraft at the Hunsrück Airport.

“We are very happy that we were able to convince RAF Avia to come to Hahn”, quotes Roger Scheifele, Senior Vice President Cargo & Business Development. There were several reasons justifying the decision to switch, initially with one aircraft, from Magdeburg-Cochstedt Airport to Frankfurt-Hahn Airport. Amongst them was the airport`s 24-hour operation and its flexibility in ground handling, but also the airport`s central location in Germany. „Our good service is convincing“, says Roger Scheifele. At the same time freight business has started off very well for the new customer, this is why now – after a short trial period – another aircraft was stationed at Frankfurt-Hahn Airport.

The planes are used for so called ad-hoc flights, for example for the automotive industry. Flights are done for orders from all over Europe – with Hahn being the base for both aircrafts.

Frankfurt Hahn Airport is Germany`s 6th biggest cargo airport. In 2015 it handled around 80.000 tons of freight. Frankfurt Hahn scores with its permission for night operation, a flexible and highly qualified ground handling as well as short distances from the cargo hangar to the airport apron.