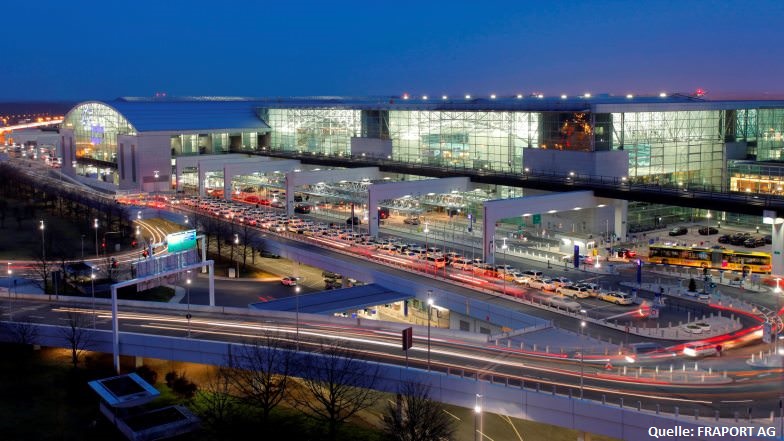 Frankfurt-Hahn Airport recently announced an increase in passenger numbers. In the first quarter of 2016, the airport transported over half a million passengers, which is a 12 percent increase compared to the previous year. In the current summer schedule, Frankfurt-Hahn Airport offers 50 destinations – including a brand new route to Cornwall twice a week.

Springtime is holiday time in Germany – and a lot of travelers choose Frankfurt-Hahn Airport as a starting point for their vacations. In March, almost 200,000 passengers were counted at the airport. Thus, the airport achieved an increase of 14.1 percent over the same month last year and 23 percent more than in February 2016.

“We are pleased that we can look back on a very good Easter business,” says John Kohlsaat, Sales Director at Frankfurt-Hahn Airport. He is satisfied with the first three months of the year: 524,000 passengers were handled from January to March at the Airport – an increase of 12 percent over the same period last year. Correspondingly, the number of movements has increased: In the first quarter of 2016, 4560 aircraft movements were counted, six percent more than the same period last year.

Taking a look at the current summer scheduled, travelers are spoiled for choice: They have 50 destinations to choose from, including daily flights to Mallorca, Rome and London. Flights are offered by the airlines Ryanair, Wizz Air and Sun Express.

A brand new destination is the British region of Cornwall, which was previously impossible to achieve from the Rhein-Main area by plane. The English East Coast, known for the movies and novels of Rosamunde Pilcher, is a popular destination because of its gardens, beaches and hiking trails, especially with German tourists. Now the airline Ryanair offers flights to Cornwall: The famous holiday region is connected to Frankfurt-Hahn every Thursday and Sunday.