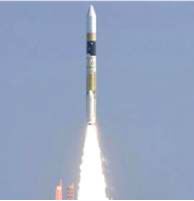 TOKYO: The United Arab Emirates has successfully launched to the outer space the first ever Emirati-designed and manufactured satellite, a first in the Arab world ahead of the UAE’s quest to send a space exploration in Mars by 2020.

The KhalifaSat, named after the UAE President, His Highness Sheikh Khalifa bin Zayed Al Nahyan, the first remote sensing satellite built from scratch in the UAE, was launched on October 29, 2018 on an H-IIA rocket from the Tanegashima Space Centre, an island in Japan.

Developed in technology labs at the Space Technology Laboratories of Mohammed bin Rashid Space Centre, KhalifaSat is one of the most technologically advanced remote-sensing observation satellites, with five patents registered.

The images provided by the satellite will be used in urban planning and management, ensuring the effective optimization of land use and realistic infrastructure proposals as well as to develop detailed maps of targeted areas & monitor major engineering & construction projects.

“Proud of the talented Emirati personnel at the @MBRSpaceCentre. They are the heroes behind this important project that carries the name of our President. Taking a picture of our Founding Father to outer space adds a wonderful note to our celebrations for the Year of Zayed,” tweeted H.H. Sheikh Hamdan bin Mohammed bin Rashid Al Maktoum, Crown Prince of Dubai and Chairman of Dubai Executive Council.

KhalifaSat is also designed to monitor environmental changes locally and internationally to support global efforts to preserve the environment. The satellite is also expected to provide detailed imagery of the ice caps at the North and South Poles, helping to detect the effects of global warming.