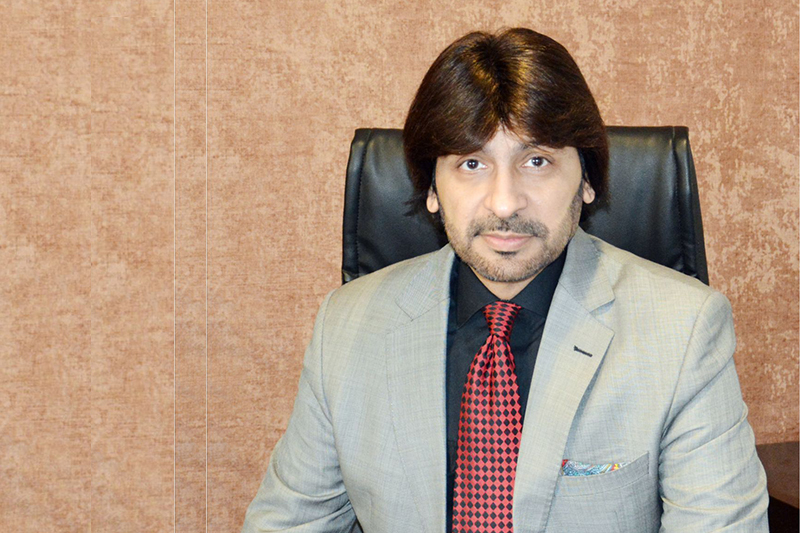 The UAE’s advanced infrastructure and forward thinking policies continue to push its economy to grow with World Bank and other international financial bodies forecasting growth to accelerate in the country in 2019 and 2020 when it hosts World Expo in Dubai.

But decades ago Dubai, home to the world’s tallest structure, the Burj Khalifa, which puts to shame even New York’s tallest buildings, was once just a fishing village with barren desert and only one-high structure, the World Trade Center, built in 1979.

WTC was also the tallest in the Middle East at that time, created under the leadership and vision of the late Sheikh Rashid bin Saeed            Al Maktoum, father of Sheikh Mohammed bin Rashid Al Maktoum, Vice President and Prime Minister of the UAE and Ruler of Dubai, who continued to transform Dubai into a major global city that everyone looks up to.

Dilip K. Sitlani, vice president for business intelligence & operations of First Priority Cargo, who came to Dubai for the first time in the 1980s as a teen to join his family was among those who saw the emirate’s major transformation.

Combining work with studies, Sitlani got his break in the air cargo industry when he got hired as duty officer for ramp and load operations at Cargolux Airlines, the Luxembourg-based freight carrier which was among the first carriers to do business in the city. 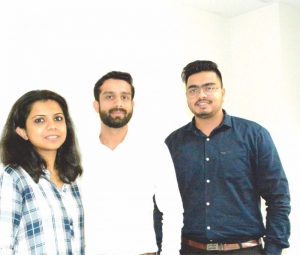 Under his father’s visa, Sitlani managed to work for Cargolux, rising from the ranks throughout his nearly 20-year career at the company.

“Whatever I know today, it’s from Cargolux. I’ve been in the cargo industry for 30 years and the experience has been excellent. There’s a lot of learning. Cargo situation changes every day,” said Sitlani.

With everything imported to the UAE and the rest of the oil-rich Middle East back in the day, the cargo industry flourished in the region, particularly in Dubai, now considered one of the busiest logistics and freight hubs in the world.

Sitlani said all food, personal effects and even soil from all over the world were flown to Dubai and studied for their potential to grow various trees, fruits and vegetables, a clear indication of the government’s push to provide for the UAE’s food security despite its harsh climate and  unfavorable natural conditions.

“Actually, the cargo industry played a big role in Dubai’s growth. All the food, trees, special soil, and so on, were flown from different parts of the world. Special scientists were brought here to study them. Today, you have all sorts of trees growing and you even have the Miracle Garden. That’s how far they have gone,” said Sitlani. “It’s been a great experience to have grown up in Dubai as a kid.”

Sitlani credited Sheikh Mohammed and the Royal family for their vision to transform Dubai into a futuristic megacity.

“These are all made possible through the vision of His Highness Sheikh Mohammed. He was the Defense Minister when I came to Dubai and he gave a statement that he will change Dubai and follow his father’s vision. What you see today is all from Sheikh Rashid who had already planned DP World, the Maktoum Airport and so on. He just followed that vision and now, of course, his son, the Crown Prince, is doing the same,” he said.

The UAE’s air freight market is projected to grow 4.8 percent between 2017 to 2021, largely driven by expansion projects combined with new investments in the logistics sector. From 2012-2016, its freight market grew by 8.6 percent compounded annually. This year, the UAE is forecast to handle nearly 5 million tons of cargo, the third largest in the world.

First Priority Cargo specializes in serving the African market out of the need of the continent for a reliable air freight company.

It has Ethiopian Airlines, the largest airline in the African continent, Sharjah International Airport, and Air Arabia, the first low cost carrier in the region, as partners.

“First Priority Cargo specializes in cargo into Africa. Africa is our key market. And it’s been going strong ever since. All people from Africa shop in Dubai and they send it back home through us,” said Sitlani.

Contrary to popular notion that it’s difficult to do business in Africa, Sitlani said their experience has been blissful saying, “All transactions are in cash & the risk is very little. Africa is good.”

First Priority Cargo flies six full flights a month to Nigeria’s capital Lagos and its key city in the north, Kano. From there, the shipments are distributed to the country and other nations in Africa.

“They come and shop here and we deliver it directly to Lagos and Kano. We do a huge range in Africa. From Kano and Lagos, the goods are distributed all over Africa,” explained Sitlani. He described the goods as mostly “personal effects, electronics, furniture, a mix of everything.”

“Team work is our number one priority. It’s like the first priority,” said Sitlani highlighting that quality customer service is also one of their strengths.

“We excel in rendering total logistics solution, building close partnerships as well as relationships. The secret to our success is the excellent service we provide to our customers at very economical rates,” said Majeed.

He credits Sitlani for steering the company to the right direction and introducing innovations.

“Our group VP Business Intelligence  Dilip Sitlani has moved us ahead with new ideas and innovations and signed up with Sharjah Airport for a screening machine in our facility and would be the first agent in the UAE to have this facility of pre-screening,” said Majeed.

The company which handles the delivery of Lamborghini on behalf of Al Jaziri Motors, the official distributor of the Italian luxury sports car in the UAE, won two awards in July from two major carriers—AirFrance/KLM Cargo and Turkish Cargo.

Through its subsidiaries, First Priority Cargo’s customers from Africa who may need services for shipments elsewhere can also get assistance.

Sitlani explained one of their subsidiaries offer multimodal services with access to hundreds of destinations thanks to ties to three of the world’s biggest airlines—Emirates, Etihad Airways and Turkish Airlines.

“We have this Block Space Agreement with Emirates, Etihad and Turkish Airlines which other agents don’t have. We can virtually use them for any routes,” Sitlani explained, noting that with the agreement customers can reach “all destinations in the world.”

This year, the subsidiary reached another milestone when it opened its new office at the Dubai Airport Freezone (DAFZA) which launched this month its 24/7 operations to meet the demand of its growing clients.

“We’re now open 24/7 and we have two DG (dangerous goods) experts on board,” said Sitlani noting that the company is both GCA (UAE General Civil Aviation) and DAFZA compliant in handling dangerous goods or hazardous materials—chemicals, mixtures of substances, manufactured products or articles which can pose risk to people, animals or the environment if not properly handled in use or in transport.

As a fully licensed and approved DG handler, the subsidiary has its own dedicated DG handling area within its warehouse confines, equipped with an expert team of dedicated and highly qualified DG personnel to handle all its customers DG requirements.

Apart from unparalleled route link through its airline partners, First Priority Cargo has advantages through subsidiaries that offer global air charter flight solutions, arranging and organizing dedicated freighter flights, to and from any destination worldwide at short notice.

Clients have the option to choose from bulk, narrow-bodied or wide-bodied freighter aircraft fit to carry emergency supplies, relief cargo, live animals, and vehicles, among many other things. They also deal with international ocean freight, working in tandem with some of the world’s leading shipping lines.

In land, its subsidiaries also offer reliable and on-time solutions  available 24/7 throughout the year, guaranteeing the quickest routes. With partners across GCC countries and worldwide, the firms also manage a comprehensive Door-to-Door or Door-to-Port Road Haulage service to cater to customers’ distribution needs, whilst taking care of all the tedious customs and border formalities.

“Our strength is in offering our customers tailor-made solutions, with the best available schedules and transit times at competitive prices. We are capable of handling consignments of any size, with assurance of expert handling by a team of experienced professionals,” said Sitlani.

The cargo business in Dubai has been in an upward swing and the trend is likely to continue through 2020 when the city hosts World Expo.

Apart from general cargo, one of its subsidiaries also acts as the GSA for Cebu Pacific, a privately-owned budget airline in the Philippines, and other destinations it serve in the Far East like Hong Kong, Singapore and Incheon City in South Korea.

With about over 700,000 Filipinos working in the UAE, the company  is also working with Cebu Pacific to introduce a door-to-door cargo service throughout the Philippines.

“Right now, were doing air-to-air delivery but soon we will be launching door-to-door delivery with our offsite agents in the Philippines,” said Sitlani.

Working at his teens in the air cargo industry, you would think Dilip Sitlani would grow tired of it. But his passion in this highly competitive world went on for decades, bringing him new heights in his career at every opportunity.

He began his career as duty officer for ramp operations and load control with Cargolux Airlines, mainly looking after the ramp operations on a day-to-day basis. He described himself as an “expert in offloading and loading the 747/400 & 747/800.”

He eventually became the operations manager at Cargolux where he spent the first two decades of his career before moving on to Sharjah Airport Authority, Dubai World Central and Dubai Airports, where he held key manage-ment positions for many years.

Last year, Sitlani moved to First Priority Cargo & simulta-neously held the position of vice president for business development and operations of two of its sister companies in the logistics industry.

For Sitlani, staying loyal to your career will lead to leaps and bounds in the long run.

“First, get educated because that’s very important today,” advises Sitlani who began working in the air cargo industry in his teens. “Hopping and skipping won’t get you anywhere that’s what I learned.”

And despite his well deserved achievements, Sitlani who holds a BA from the University of Mumbai and numerous specialized certifications, remains humble, a trait he says is necessary to lead effectively and reach your goals.

“Be humble. Keep your feet on the ground. Regardless of what’s written in your business card, when you leave your office, you’re just another human being,” Sitlani humbly says.