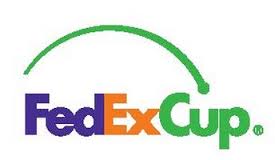 FedEx extends sponsorship of the FedExCup Championship on the PGA TOUR

Having celebrated the first decade of the FedExCup last year with Rory McIlroy’s memorable charge to the championship, the PGA TOUR and FedEx Corp. recently announced the extension of the shipping giant’s sponsorship of the FedExCup season-long competition on the PGA TOUR.

As part of the sponsorship renewal, FedEx has committed $1 million in annual donations to benefit non-profit organizations. The donations align with FedEx Cares, a global giving initiative, in which FedEx is investing $200 million in over 200 global communities by 2020 to create opportunities and deliver solutions for people around the world.

Beyond defining the season champion, the FedExCup has made every tournament more meaningful through the season-long points competition and has created a consistent platform for media partners to tell the PGA TOUR story. The FedExCup Playoffs give fans the opportunity to see golf’s greatest players compete at the highest level in four high-profile events, culminating with the crowning of the FedExCup Champion.