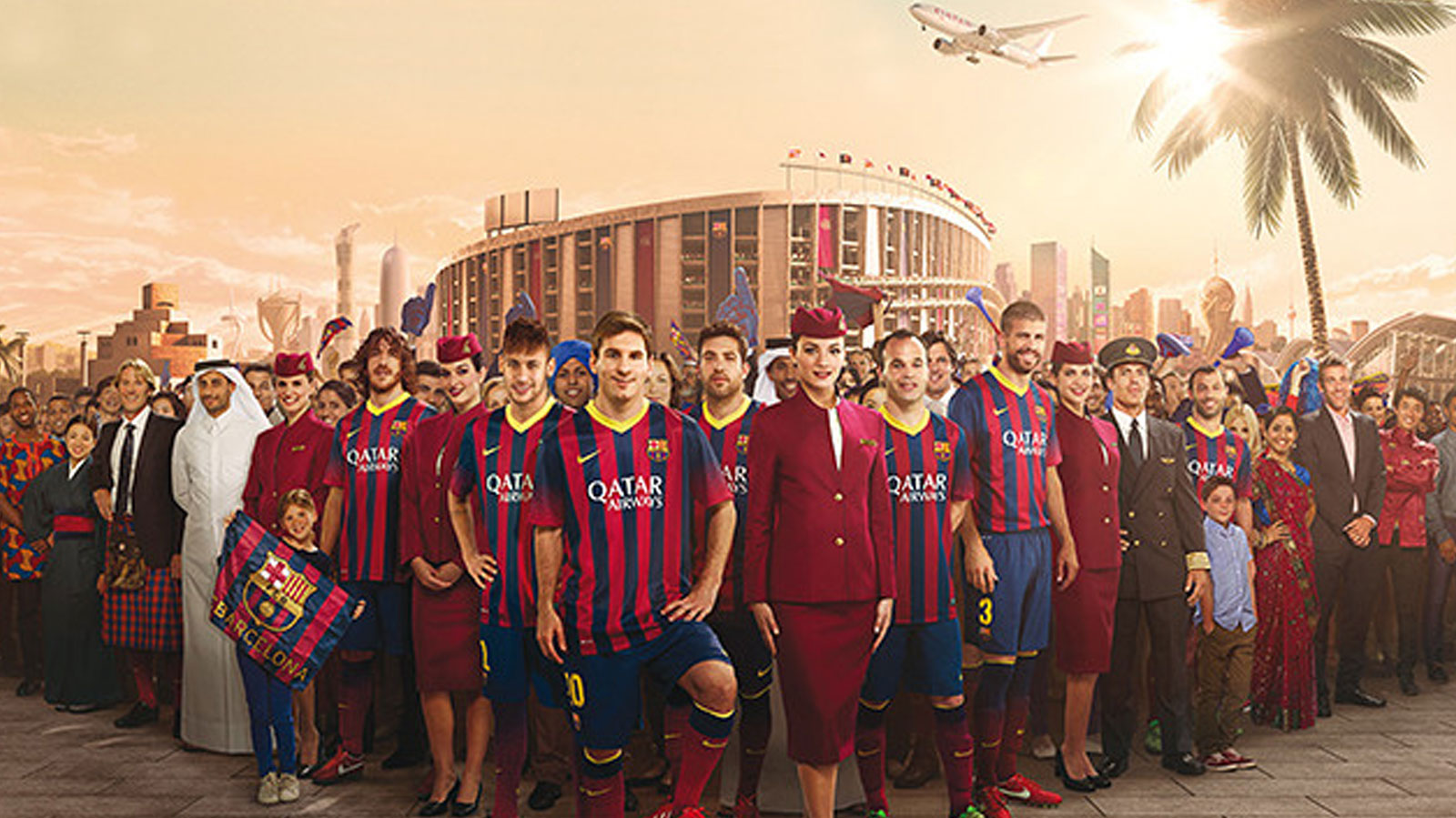 FC BARCELONA players featured on Qatar Airways’ safety video
Qatar Airways’ new safety video featuring FC Barcelona players Messi, Suarez, Neymar, Pique, Rakitic and Mascherano landed as a hit across all social media channels, generating nearly 40 million views since its debut in December, a record among airline safety videos. In addition, Qatar Airways’ new brand campaign, Going Places Together, generated extraordinary attention online with 31 million views of the new television commercial over the same time period inspiring millions with its message of travel as a transformative experience.
In a step-change from the airline’s traditional in-flight safety content, Qatar Airways communicated the airline’s essential safety information in scenes which depicted Suarez taking to the pitch in a life vest, while Pique causes a stir with waiting fans. This safety video will be shown to all passengers on board every Qatar Airways flight, reaching tens of millions of people in addition to the community of fans online.
Qatar Airways Group Chief Executive, His Excellency Mr. Akbar Al Baker said: “We saw an opportunity to bring some of our signature creativity to something that had become just another part of the on-board experience. Safety is of course at the heart of our operations as a global airline and I am delighted that our successful partnership with FC Barcelona has been so warmly received in this way by our passengers and the online viewing public.”
Total viewing time of the safety video as posted to YouTube equates to a remarkable 39 years and 94 days since its launch.
Salam Al Shawa, Qatar Airways Senior Vice President of Marketing and Corporate Communications added: “Feedback from our passengers, our staff and the online community has been phenomenal. The safety video has been called ‘among the best of all time’ by mainstream media, a compliment that we take to heart. There is something for everyone in this video, and everyone likes to see their favourite football players having a little fun and showing off their acting skills. Our approach to the video was the same as our approach to our new brand campaign, Going Places Together – we want to take something that has become ordinary and give it a new twist, something that will inspire a fresh look and a new experience. I believe that is why we have seen such an incredible engagement with both social media campaigns.”
The new video is now shown on Qatar Airways’ state-of-the-art in-flight entertainment system and can also be viewed here:https://youtu.be/WS2CQQfQzEM
FC Barcelona players also star in the airline’s new on-board Wi-Fi video, available online at https://www.youtube.com/watch?v=cqT5cApJFK4&feature=youtu.be. Qatar Airways offers passengers on connected flights special package deals for getting online while in the air.