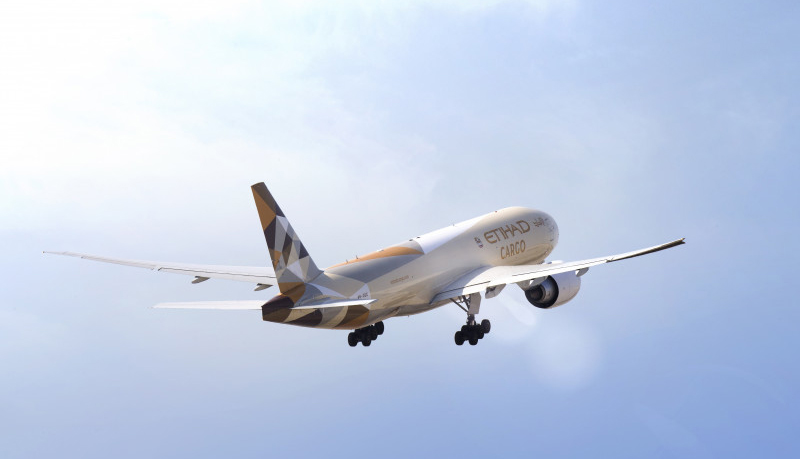 Leading Etihad Cargo’s annual refresh is the enhancement of its freighter services between the Abu Dhabi International Airport and Columbus, Ohio. An extensive road feeder network between the LCK and other US destinations, including Atlanta, Chicago, Dallas, Houston and Philadelphia, now via Europe to Ohio’s Rickenbacker International Airport, LCK, will support a weekly service. Etihad Cargo also plans to introduce a second weekly flight to LCK.

Etihad Cargo’s updated freighter network will also introduce a weekly Boeing 777 Freighter service into Johannesburg’s Tambo International Airport from 5th October, which establishes the South African city as a seasonal African gateway hub for the trade flow of perishable and other goods to and from Europe and Asia.
Additional bellyhold capacity has been introduced through increased flights between Abu Dhabi and London Heathrow Airport with a fourth daily frequency confirmed from 27th October, as well as tactical aircraft changes from A380 to Boeing 777 on the second daily frequency to Charles De Gaulle International Airport in Paris.
Etihad Airways will also replace its current Airbus 330 operations on routes to Jakarta’s Soekarno-Hatta International Airport, Bangalore’s Kempegowda International Airport and Johannesburg, with a Boeing 787 to further increase additional cargo capacity.

“This season’s network review has allowed us to make key changes to our schedules and routes in response to the evolving market conditions and trade patterns. The refresh ensures we can adequately support demand from our growing and valued customer base. The network expansion has been achieved through efficient route streamlining, resulting in minor service reductions on some routes without any route cancellations,” Shadid said.
Following the network refresh, Etihad Cargo anticipates more demand for its FreshForward service, a dedicated product for perishables movement.