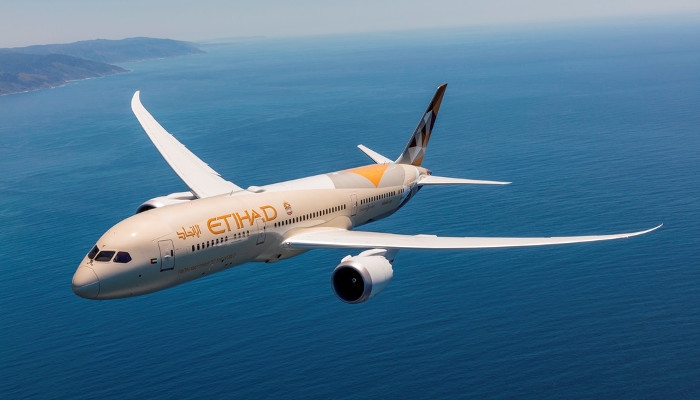 Etihad Airways has introduced the Boeing 787-9 on its scheduled daily service from Abu Dhabi to Seoul. The aircraft touched down recently at the South Korean capital’s space-age Incheon International Airport.

Mohammad Al Bulooki, Etihad Airways Executive Vice President Commercial said, “Seoul has been a very successful and popular route for Etihad Airways since it was launched in December 2010 and we are fast approaching our one millionth traveller milestone on the service.

“There has been a steady increase in the number of business and leisure travellers flying to South Korea from Abu Dhabi and the GCC region, and vice versa. The UAE government’s initiatives to develop the already strong trade ties between our two countries has allowed many Korean companies to operate successfully here, contributing to the success of Etihad Airways’ Seoul Incheon service. Furthermore, many of our customers on the route transit onwards through Abu Dhabi to major destinations on the Etihad network across Europe, the Middle East and Africa.

“The addition of more 787 Dreamliners into our fleet has allowed us to upgrade the Seoul service so our customers can enjoy the unique Etihad experience available on this incredible aircraft, and ensuring that we maintain the competitive edge with the innovative cabin and seating designs featured onboard.”