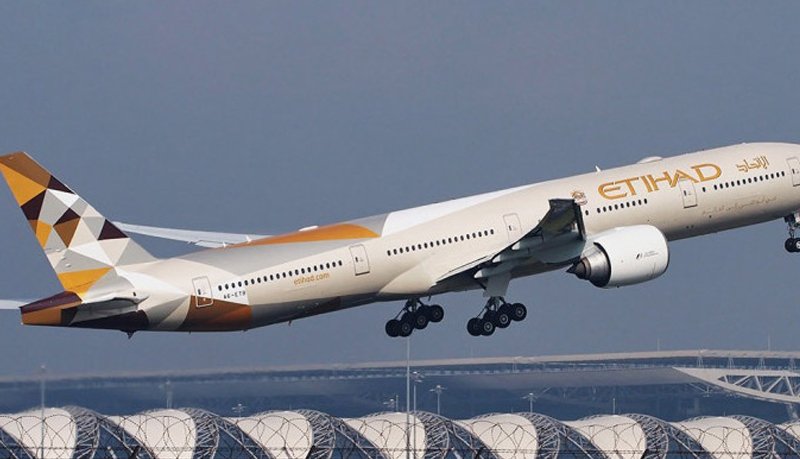 Etihad Airways flies 5m passengers to and from China

Etihad Airways has transported five million passengers to and from China since the launch of its first flights to Beijing 11 years ago, reflecting the importance of the UAE as a strategic partner in the Belt and the Road Initiative.

In a statement to the Emirates News Agency, WAM, Etihad Airways noted that it currently operates five cargo flights on Boeing 777 aircraft to Shanghai, adding that is has transported 600,000 tons of cargo between the two countries over 11 years, on both cargo and commercial aircraft.

The company explained that the growing number of Chinese tourists visiting the UAE exceeds one million visitors per year, and 3.5 million passengers transit through the UAE on their way to other destinations, reflecting the mutual vision of the leadership of the two countries.

Etihad Airways noted that it is working on expanding into the Chinese market, in light of the strong ties between the UAE and China while noting that the number of flights from Abu Dhabi to China is 28 per week.

The company added that the decision by the two countries to exempt their citizens from requiring pre-entry visas, as well as their efforts to promote tourism and investment, have reinforced the UAE’s position as a preferred business and entertainment destination for Chinese investors and tourists.

It went on to say that the airline’s cooperation with Hainan Airlines, China Eastern Airlines and China Southern Airlines has created more destinations for Chinese travellers, as well as more flexible flight schedules.

Etihad Airways began operating the new generation 787 Dreamliner aircraft to Chengdu and Shanghai, and its 267-seat Airbus A330-200 aircraft were replaced by the 297-seat Boeing 787 aircraft on the Abu Dhabi to Chengdu route, a 14 percent increase in seat capacity.

On the Abu Dhabi to Shanghai route, the airline’s Boeing 787-9 aircraft were replaced by the larger Boeing 787-10, which accommodates 336 passengers, a 12 percent increase in seat capacity.