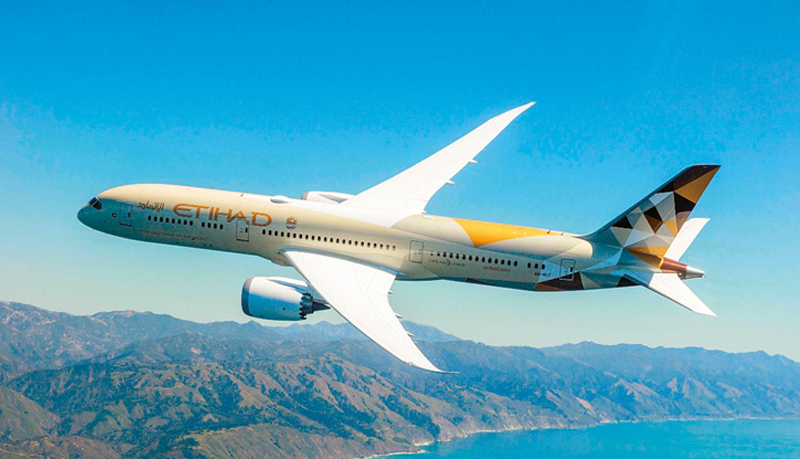 Following a safety-related recall of certain Apple MacBook Pro notebook models, Etihad Airways has banned the carrying of these laptops in checked luggage.

Etihad Cargo has banned bulk shipment of these computers as well.

In a statement, Etihad Airways said passengers may still carry MacBook Pro laptops on flights, but only as cabin baggage.

“The laptops subject to the manufacturer’s recall must remain switched off throughout the flight. Charging of the devices will not be permitted in flight,” reads the statement.

“This checked luggage restriction is consistent with the actions of many airlines worldwide. The safety of our guests and crew is of paramount importance to Etihad Airways,” added the statement.

Meanwhile an Emirates spokesperson said in response to a local newspaper’s query, “It is business as usual.”

A number of airlines have already implemented the ban over potential fears of batteries catching fire.

According to Bloomberg, restrictions on MacBook Pro laptops on flights started with Qantas Airways barring some models from checked-in luggage in concerns that batteries of these could catch fire.

The models in question are old-gen 15-inch MacBook Pros sold from September 2015 to February 2017. Apple issued the recall in June, saying, “in a limited number of older generation 15-inch MacBook Pro units, the battery may overheat and pose a fire safety risk.”

Apple on its website says customers can check whether their laptop is eligible for the free battery replacement using the company-issued serial number. Firstly make sure your device is the MacBook Pro (Retina, 15-inch, Mid 2015) and then type in your device serial number.

Apple advises users to stop using the laptop if found eligible for replacement.

Customers can get the service initiated at authorized Apple service providers, Apple retail stores and book a mail service through Apple’s customer care. Service could take one to two weeks, the website statement adds.

Following this announcement, Qantas issued a statement banning 15-inch versions of the MacBook Pro in check-in baggage and they must be switched off and carried in the cabin.

Singapore Airlines and Thai Airways have also reportedly stopped passengers from taking any of the affected models on their aircraft.