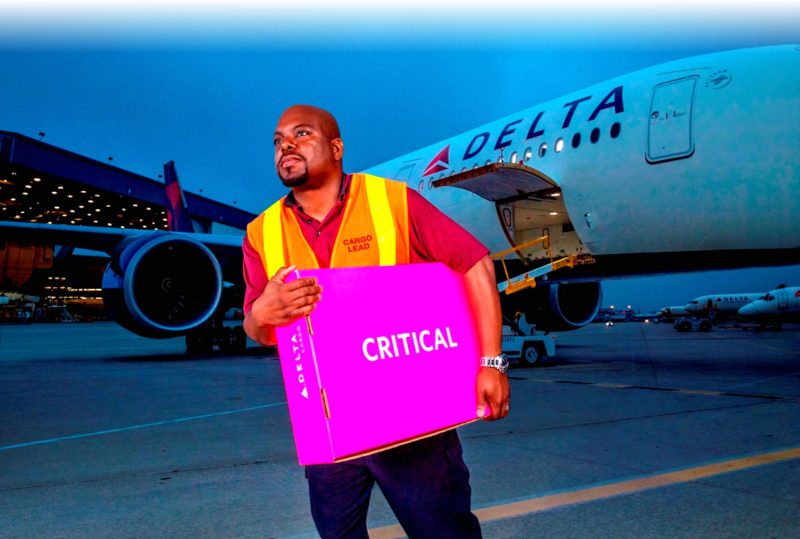 Innovations combined with ample resources make it possible for major carriers like Delta Cargo to take on shipments and have them delivered off-shores on the same day using GPS enabled systems.

Technology is making it possible for shippers to transport time-sensitive goods the fastest way through the introduction of different solutions like the GPS enabled shipments.

Time-sensitive needs come in two forms—expedited and time-critical services. Both are used to deliver the shipment to its destination quickly. Only difference is that time-critical shipments must arrive as soon as possible. Expedited services mean the shipment must be delivered fast, which can be achieved with same day delivery.

But by using time sensitive delivery services, you will have a lot more control over your shipment, ensuring that it is delivered safe and secure, avoiding traditional routes or methods of transporting the goods.

In today’s world, your shipment can be delivered internationally within the same day. Delta Cargo is pioneering in this fast route method with the introduction this year of Equation Critical, a new international service for international shipments.

Shawn Cole, Vice President of Delta Cargo, explained in an email interview with Air Cargo Update how Equation Critical delivers your time sensitive shipment at your door step in a jiffy.

This new freight solution is a premium GPS-enabled service in transporting highly time-sensitive shipments that must travel on the next available flight, offering GPS tracking and moves with the highest priority across Delta’s global network. Customers will know where their shipment is, anywhere in the world, real time.

“In distinctive pink packaging, the Equation Critical service does not require pre-booking and can be tendered up to 90 minutes before a flight. This service caters to customers who are shipping time-sensitive items, such as legal documents, essential machinery parts and aircraft on the ground (AOG) components. Critical shipments come with a service-level guarantee and Delta’s Cargo Control Center proactively monitors Critical shipments throughout the journey,” notes Cole.

Delta Air Lines is headquartered in Atlanta, United States, so international shipments refer to anything shipped from the US to another country or vice-versa. 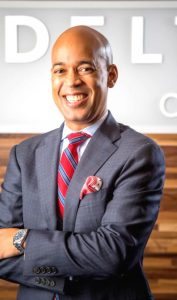 These routes allow fully GPS-enabled shipments. The company said Equation Critical will be progressively rolled out in other international markets across Delta’s extensive network, subject to customer demand and regulatory approvals.

In any cargo business today, GPS technology extends further than just a tool to help cargo operators navigate from locations. With the advancement in mobile technology and mobile apps for logistics mobility solutions,

GPS technology has fully transformed the cargo industry. They are mobile app developers that can hand your GPS tracking solutions that include business-effectual tools required by your business and customer needs.

“A GPS tracker is attached to the Equation Critical shipment, so that it can be proactively monitored throughout the journey by Delta’s Cargo Control Center.  So Delta will know where this shipment is at all times.

Delta Cargo has been awarded IATA’s Center of Excellence for Independent Validators (CEIV) Pharma logistics Certification. Delta is the first US Global passenger carrier to receive this accolade and has now joined the elite group of pharma logistics providers to achieve CEIV Pharma Certification, and it would be through this service that Delta would ship temperature sensitive shipments.

“Delta Cargo’s Cargo Control Center (CCC) opened in 2017 to support daily cargo operations across the globe. The Atlanta facility provides comprehensive coverage of all aspects of cargo transportation and management, with the ability to track air shipments, trucks, mail and freight – domestically and internationally”.

Delta Cargo introduced DASH Critical & Medical in March 2017 and it was the first fully GPS-enabled, same-day product offered by a US freight carrier for shipments within the United States only.  Equation Critical is for international shipments only but uses the similar distinctive pink packaging.

Delta Cargo also offers the DASH Critical & Medical for time sensitive shipments in the US, where as Equation Critical is for international shipments – both have a GPS tracker.

Equation Critical will be progressively rolled out in other international markets across Delta’s extensive network, subject to customer demand and regulatory approvals.

Delta Cargo recently entered into a long-term partnership with pet transportation tech start-up CarePod. The ‘pod’ product, designed to safely transport live animals in the bellies of aircraft, uses Internet of things (IoT) technology to offer customers real time updates on the status of their pets and their GPS-location.

Moreover, Delta plans to use its temperature-controlled holding areas and overnight kenneling services at various locations, adding that its Cargo Control Center, gives the airline constant visibility into all shipments, including pets.

The industry is paying greater attention to the safety of live-animal cargo after last year – a bad year for air traveling pets–when the Transportation Department tallied 24 fatalities, 15 injuries and one pet that was reported lost.

Delta Cargo also said that it would launch a new pet transportation strategy in conjunction with its partnership with CarePod. The company said it will also expand its ULD Bluetooth tracking capability to businesses based off-airport from early next year.

The US freight carrier began offering real-time Bluetooth-based tracking of its ULDs from select on-airport warehouses earlier this year, but the expansion to cargo customers’ own facilities represents a significant extension to the service.

Customers will be able to track their shipment from their own warehouses to a consignment’s final destination.

“The extension of the tracking technology directly to our customers’ facilities will ensure visibility for the whole freight journey, creating a best-in-class shipping experience,” adds Cole. “This is a genuine innovation, and we are on track to launch in January 2019, with full visibility later that year, once the customer installations are complete.”

They will be able to track their shipment on the website, while receiving customized ‘push’ notifications.

Of particular value to the carrier, real-time ULD tracking will allow Delta’s Cargo Control Center to more accurately monitor and reroute shipments that are delayed due to irregular operations, such as bad weather.