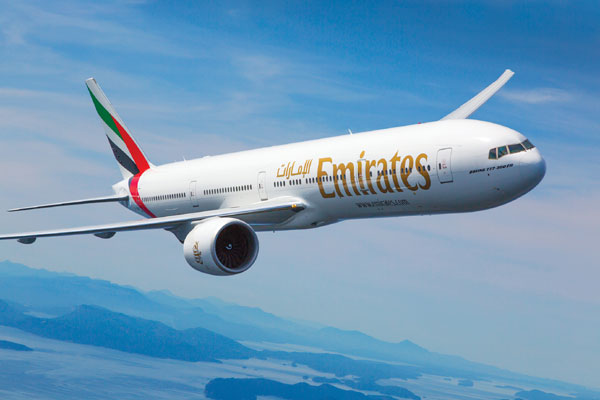 Emirates recently announced that it will introduce a third daily flight between Dubai and Kenya’s capital Nairobi from 1st June 2017.

The additional flight will increase the number of scheduled Emirates flights between the two cities to 21 a week and give customers greater flexibility and choice when planning their travel. It also underscores Emirates’ commitment to Kenya and confidence in the route, which has grown to become one of the airline’s busiest routes in Africa since it first launched services to the country in October 1995.

As with its other two daily flights between Dubai and Nairobi, Emirates will also operate its popular Boeing 777-300ER in a three class configuration. The aircraft will have eight private suites in First Class, 42 lie-flat seats in Business Class and 304 spacious seats in Economy Class.

Flight EK717 will become the first of the three daily departures from Dubai and leave at 0140hrs and arrive in Nairobi at 0540hrs, enabling customers arriving on Emirates’ flights from India, the UK and many European countries such as France, the Czech Republic, Ireland, Netherlands and Italy to connect to the Nairobi flight within three hours. The return flight EK718 is also conveniently timed and will depart Nairobi at 0710hrs and land in Dubai at 1315hrs, ahead of Emirates’ afternoon European flights and its fourth daily flight to New York, a popular destination for Kenyan travellers.

Emirates hub, Dubai International Airport, offers a modern, convenient and comfortable transit to connect to flights across the airline’s worldwide network, with many key destinations having multiple departures and being served by the airline’s iconic double decker A380 aircraft.

The flight will also provide 16 tons of additional cargo capacity on the route for Kenya’s main export products such as flowers, fresh fruit and vegetables, as well as key imports such as mobile phones, pharmaceuticals and readymade garments, amongst others.

Emirates has a strong presence in East Africa and in addition to Nairobi, also flies once daily to Entebbe in Uganda, Dar es Salaam in Tanzania and Addis Ababa in Ethiopia.