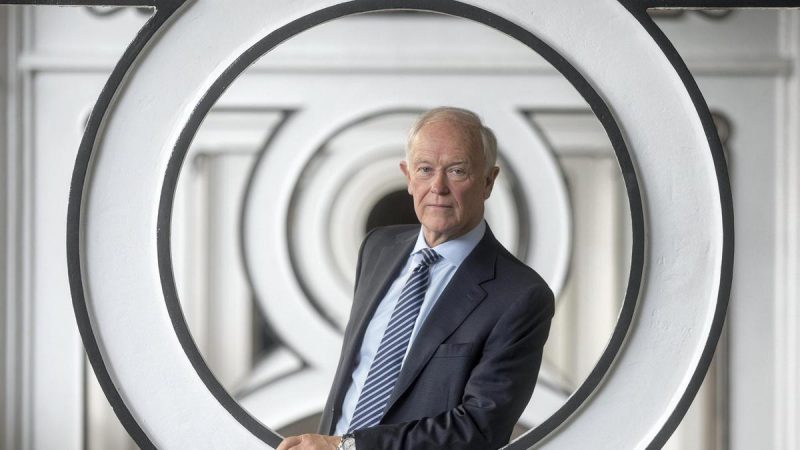 The global reach of the Emirates Airline is well known but it took a while for even its own executives to realise one impact that it could reverse.

As a international push to clamp down on the illegal wildlife trade moved into high gear in March 2015, Emirates executives met in Dubai to hammer out the details on how the airline could contribute.

“Personally, I was not aware of the scale and enormity of the problem that we as humanity face. At that meeting I began to realise that companies like Emirates needed to do a lot more than it had in the past,” said Sir Tim Clark, president of Emirates Airline told The National.

“We decided we could leverage the global brand power that Emirates has. We carry 1.5 million a week and realised we had a perfect opportunity to reach out to those people and make them aware of what was going on,” he added.

As such, a number of marketing campaigns were conceived, including emblazoning the images of endangered species on Emirates aircraft in support of the global collaboration United for Wildlife. The vivid livery saw animals such as tigers, lions, gorillas and elephants plastered upon giant Emirates A380 aircraft’s. The airline also banned the transportation of animal trophies.

A number of channels on the inflight entertainment channels also were dedicated to explaining the extent of the illegal wildlife trade and its devastating impact. “It was important we got the message across and that resonated well,” said Sir Tim. He was speaking at the Illegal Wildlife Trade Conference in London, which brought together representatives from over 80 countries, NGO’s and business leaders.

However, the wildlife trade push by Emirates has not focused solely on the customer but also on a wide-ranging company policy change internally. Local employees on the ground, particularly those working in cargo, were seen as particularly crucial because often they were the closest to the supply and movement of the goods itself.

A company-wide portal was set up that allowed workers to leave tips of potential illegal activities with a “degree of anonymity” that didn’t compromise their safety. The compliance unit worked ever closer with security who themselves forged stronger links with their global counterparts.

“Emirates is a really clear example of what can be done via communication with staff and customers,” added Lord Hague, the former UK foreign minister and chair of the United for Wildlife Transport Taskforce.

Emirates is a signatory to the 2016 Buckingham Palace Declaration, which contains eleven commitments to raise standards across the transportation industry and focuses on information sharing, staff training, technological improvements and resource-sharing with organisations to stop the illegal animal trade. Also party to the agreement are Dubai customs and port, and Etihad Airways.

“When we get together as a global ecosystem of like-minded businesses we have enormous potential and power to take ourselves into the illegal wildlife trade. I remain optimistic that the zero tolerance we signed up to (in 2016) … is the way forward. The whole subject is now elevated to a global platform,” said Sir Tim.