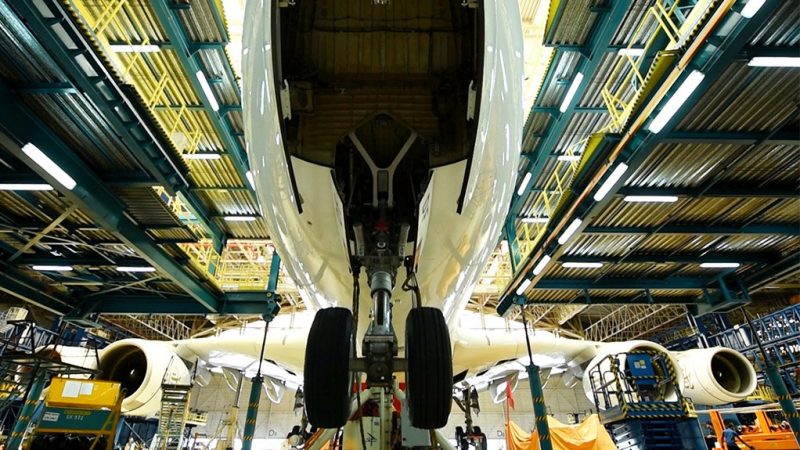 Emirates Engineering has successfully accomplished the first complete replacement of landing gear on A6-EDF, the first Emirates Airbus A380 aircraft to have its entire landing gear system replaced at one time.

Every Emirates Airbus A380 aircraft has a landing gear system with a total of 22 landing wheels. In addition to the wheels, the landing gear mechanism of the aircraft includes the gear extension and retraction systems, braking and steering controls, and other monitoring systems. The landing gear of the world’s largest commercial aircraft can support a weight of close to 570 tonnes on take-off and over 390 tonnes on landing.

The process of changing all the landing gears was completed in 14 days with the Emirates Engineering team clocking thousands of man-hours during this period. For the duration of the work, the entire aircraft was lifted on jacks to support the body of the aircraft.

“The first complete replacement of landing gears on our Airbus A380 aircraft is an important milestone for us. This and other similar achievements by the Emirates Engineering team reflects the degree of planning, preparation and expertise that go behind the successful execution of complex projects such as this one,” said Mohammad Jaffar Nasser, Emirates Senior Vice President, Engineering Maintenance. “By extending our services to third party airlines, we share our expertise and enhance engineering procedures globally,” he added.

Two additional Airbus A380 aircraft from Emirates’ fleet are scheduled to undergo a complete change of landing gear systems over 2018. In addition to investments in infrastructure and facilities including specialized tools, the Emirates Engineering team worked closely with a team of suppliers – Airbus, Field International, UTAS and Safran to plan and execute the landing gear replacement.