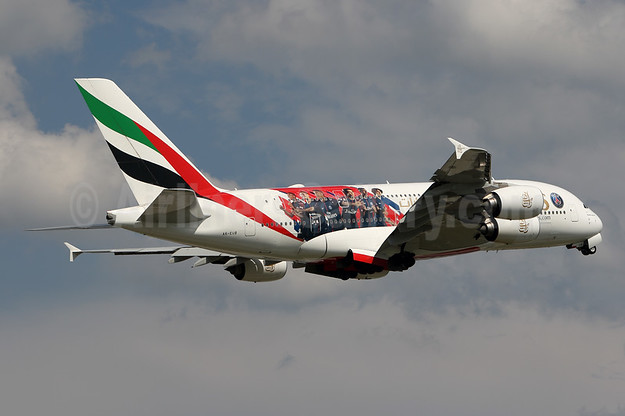 This change in aircraft supports growing demand in South Africa, a 14% increase in seat capacity will be as a direct result of deployment of the second A380 to Johannesburg. The Emirates Airbus A380 aircraft serving the Dubai-Johannesburg route will offer a total of 519 seats in a three-class configuration, with 429 spacious seats in Economy Class, 76 fully flat-bed seats in Business Class and 14 First Class Private Suites.

Upcoming festive season travel between the two global transit hubs is expected to be especially strong, building on over 700,000 customers who flew with the airline before November. With Emirates, customers from Johannesburg can enjoy a seamless A380 experience to their most popular destinations via Dubai, including London, Moscow, New York and Bangkok. All four daily Emirates flights between Johannesburg and Dubai operate as codeshare flights with partner South African Airways.

Emirates operates the world’s largest fleet of Airbus A380s, with 107 of the aircraft currently in service and 55 pending delivery in this, the tenth year of Emirates’ A380 operations. The deployment of the double-decker aircraft on routes to and from South Africa gives even more regional travellers the chance to experience the aircraft’s industry-leading comforts. These include private suites and Shower Spas in its First Class cabin, while Business Class customers can enjoy the popular onboard lounge and lie-flat beds.

Emirates has a long-standing relationship with South Africa in multiple capacities. The African nation ranks among the top five countries for Emirates pilots, and there are over 500 South Africans working as cabin crew on the airline’s flights, extending the nation’s famous hospitality to customers worldwide.